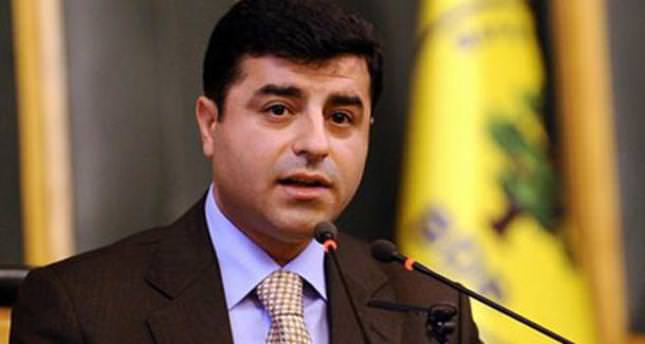 by Daily Sabah Jul 01, 2014 12:00 am
The pro-Kurdish Peoples' Democratic Party announced yesterday that it had picked Selahattin Demirtaş as its candidate for president in the first election where the top official in the country will be elected directly by the people.

In a press conference held in Ankara on Monday, pro-Kurdish People's Democratic Party (HDP) announced that the party leader Selahattin Demirtaş has been nominated for presidential candidacy by the HDP.

The main opposition Republican People's Party (CHP) and the Nationalist Movement Party (MHP) have come together earlier this month and announced Ekmeleddin İhsanoğlu as their joint candidate, the ruling Justice and Development Party (AK Party) will announce its presidential candidate on Tuesday although many expect the current Prime Minister Recep Tayyip Erdoğan to run for president in the elections.

The presidential elections, scheduled for 10 August, will be the first time Turkey's president has been elected by direct popular vote. A candidate needs more than 50 percent of the popular vote to be elected in the first round.

If none of the three expected candidates receives the required percentage, a second round will take place on August 24 between the two candidates who received the most votes.
RELATED TOPICS