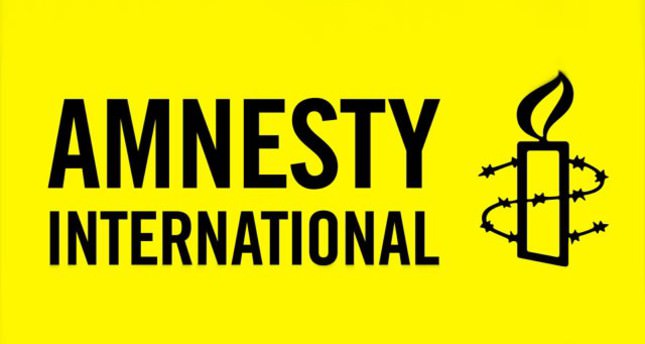 by AA Jul 02, 2014 12:00 am
Amnesty International has criticized the Israeli government for "imposing collective punishment" after it carried out a series of airstrikes in Gaza following the abduction and murder of three Israeli teens.

The criticism on Wednesday came after the Israeli army said its aircraft had struck 34 sites in the Gaza Strip since Sunday, following the discovery of the bodies of three Israeli teens in the north of Hebron on Monday , who had been abducted nearly three weeks earlier.
Philip Luther, Middle East and North Africa Programme Director at Amnesty International said: "Nothing can justify these abductions and murders, which we again condemn. Those responsible must be brought to justice.

"But justice will not be served by Israel seeking revenge by imposing collective punishment, or committing other violations of Palestinians' rights.
"Rather, the Israeli authorities must conduct a full, thorough and impartial investigation that leads to the prosecution of those suspected of being responsible in fair trials."

Amnesty also said the Israeli authorities had not presented any evidence to back their assertion that Hamas or two named suspects were responsible for the abductions and murders of Eyal Yifrah, 19, and Naftali Fraenkel and Gilad Shaar, who were both 16.

A Palestinian teenager was later abducted and killed near Jerusalem with his family blaming Jewish settlers, in what appeared to be a revenge attack.