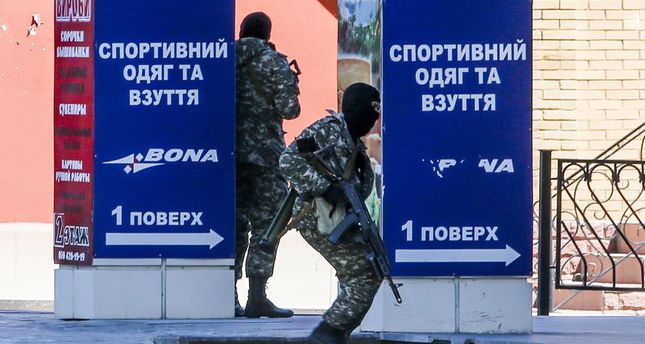 by Daily Sabah Jul 02, 2014 12:00 am
Mehmet Kılıç, a Turkish observer at the Organization for Security and Co-operation in Europe's (OSCE) Ukraine mission who was previously abducted by pro-Russian separatists has spoken to Turkish media outlets and explained the details of his abduction.

Expressing that he was abducted on May 26 when he was conducting routine inspections in Ukraine along with his OSCE team. Kılıç stated their car was stopped as they were crossing through a checkpoint and they were taken hostage but there was no physical abuse or resistance. He claimed he was well treated by the separatists who gave him pork-free food when he stated he couldn't eat it due to religious restrictions. He added that they even took him to a hospital to receive treatment for three days, when he had a throat infection.

On the other hand, Kılıç expressed his gratification with the Turkish government's rescue efforts during the hostage crisis as everyone including the prime minister was involved. He stated the separatists did not communicate with them in the first fifteen days, however later on they started saying "you are our guests". This, he claimed was a direct result of the Turkish government's efforts as he quoted observers from other countries saying, "Thank God there is a Turkish citizen amongst us". Kılıç stated they were all sure that they would be released, and this certainty gave them the strength and endurance to deal with the situation, as they were unable to reach their loved ones.

Kılıç expressed he was thankful for everyone's support as he came to know about people praying in mosques for his safe return. He especially thanked the prime minister, his cabinet and the ambassador for their efforts while noting that he will continue to serve as an observer for the OSCE.

Four observers from the OSCE were abducted by pro-Russian separatists on May 26 near the eastern Ukrainian city of Donetsk. The observers were nationals of Estonia, Turkey, Switzerland and Denmark. The OSCE's special observer mission is in the country at the request of the Ukrainian government, with the aim of de-escalating tensions between the opposing sides of the conflict and improving security. The observers publish regular reports on the security situation. They are unarmed, and have no military remit. The mission is supported by all 57-member states of the OSCE, including Russia.