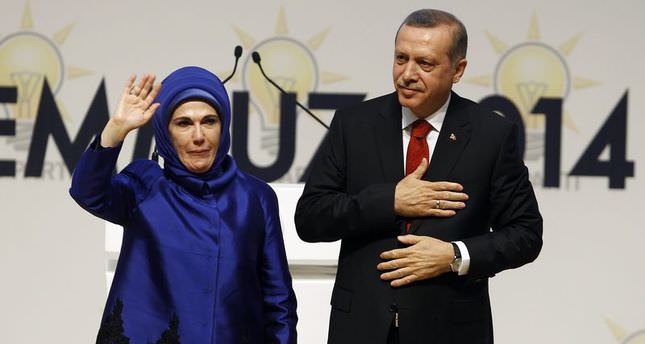 Erdoğan is scheduled to start his presidential electoral campaign on July 10 with a meeting to be held with nongovernmental organizations, businessmen and artists. The main theme of the election campaign will be "New Turkey, New Constitution."

After announcing Erdoğan's candidacy, the AK Party listed planned amendments in his electoral manifest. Three amendments that come to the forefront of the manifest are renovating politics and political structure, restoring and activating social tendencies and updating public mechanisms.

The manifest includes roadmaps to uphold the constitution, the reconciliation process between Ankara and the Kurds that started in 2013, education, culture and political policies across the country.

The manifest is expected to ease concerns on social peace and national compromise. Fighting against the military tutelage that threatens the legitimate government and working to continue the economic and political stability of the last 12 years will be highlighted during Erdoğan's campaign season.