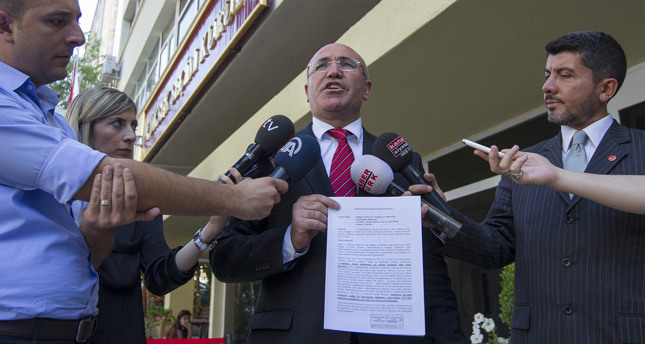 by Daily Sabah Jul 03, 2014 12:00 am
The Republican People's Party (CHP) deputy Mahmut Tanal has made an appeal on Thursday to Turkey's Supreme Election Board for Recep Tayyip Erdogan's resignation from his post of Prime Minister after it was announced he would run for President.

CHP, in the written appeal, has stated that PM Erdoğan must resign because he is considered a public official. This however has no basis according to Turkish law which does not require the prime minister to resign from his post in order to run for presidency.