There is popular support for reconciliation, says deputy PM 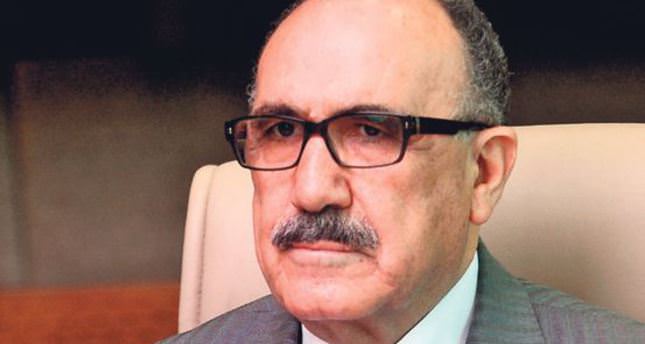 by Daily Sabah Jul 05, 2014 12:00 am
Deputy Prime Minister Besir Atalay on Friday said that there is popular support in Turkey for the reconciliation process between Ankara and the Kurds. Atalay said the government has taken the pulse of the nation regarding the reconciliation process each month and that a growing awareness campaign is successfully being carried out among citizens and support for the process is above 50 percent in each region of the country. Atalay vowed to carry out the reconciliation process that the government began in 2013 in a transparent fashion. While responding to deputies' questions, the deputy prime minister touched on the democratization package during the AK Party's ruling term. Stressing that the democratization package has been on the AK Party's agenda for years, Atalay stated that these packages aim to normalize relations.

Atalay noted that illegal PKK terrorist organization, which took up arms against Turkey to carve out an independent state in southeastern Turkey, have no relation with the democratization packages. Denouncing those who evaluated the process as "treason," "a draft bill aiming to give upper hand to the AK Party in the presidential election" or "the AK Party's secret agenda," Atalay said that the AK Party is working to end violence caused by terrorist activities and have terrorists lay down their arms. The Nationalist Movement Party's (MHP) Iğdır Deputy Sinan Oğan criticized the article to protect officials from prosecution who have been involved in the peace process. Oğan said that the article put MHP supporters under threat since the MHP is against the reconciliation process. Oğan noted that in eastern regions, the PKK threatened MHP voters and that the police and gendarmerie do not protect MHP supporters against the PKK.

The Pro-Kurdish People's Democratic Party tabled a motion that international representatives should follow the negotiations as part of the peace process. CHP İzmir Deputy Birgül Ayman Güler criticized the HDP's motion and asserted that third parties should not be included in Turkey's internal affairs.

The Turkish Grand National Assembly (TBMM) Interior Commission also discussed a draft bill. All of the articles of the draft bill stipulated that procedure and principles will be amended with the aim to uphold the purpose of the bill to end terrorist activities and to improve social integration.
Last week, the government announced that due to the reform package it will not end the legislative year on June 30 this year.

Thus, the Parliament will work quickly to pass the reform package to show its commitment to the process and support families of children who were kidnapped by the PKK.

The bill said that the reconciliation process is about putting weapons down in favor of words, thoughts and politics. The draft bill stipulates that necessary steps in the fields of politics, socio-economy, psychology, culture and security will be taken to end terrorist activities and foster social unity. Through the bill, the government will appoint certain institutions and individuals to engage in a dialogue with Kurdish circles both in the country and abroad. The legislation also makes it the government's responsibility to rehabilitate militants who lay down their weapons.
RELATED TOPICS