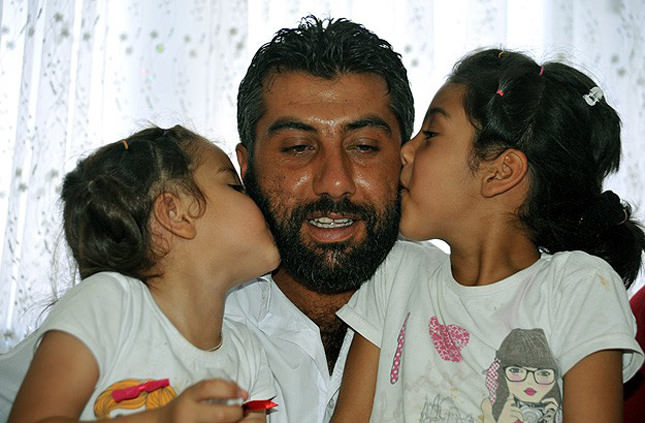 With the release of the 32 drivers abducted by ISIS through subtle diplomacy, Prime Minister Erdoğan pledged to ensure the safe return of the 49 consular staff still in the militant group's hands. U.S. Vice President Joe Biden called Erdoğan late on Thursday, congratulating the release of some of the Turkish hostages

Turkish Prime Minister Recep Tayyip Erdoğan promised to bring home 49 consulate staff kidnapped in Iraq as other Turkish hostages of the self-proclaimed Islamic State of Iraq and al-Sham (ISIS) militants were reunited with their families on Thursday.

Speaking at an iftar dinner to break the Ramadan fast, Erdoğan said: "Turkey's 32 truck drivers detained by ISIS have arrived safely in Turkey after their 23 day-long ordeal in Mosul, Iraq."

The drivers were seized by ISIS on June 9 and reunited with their families at Şanlıurfa's GAP Airport on Thursday following negotiations involving the Turkish Foreign Ministry.

Turning to the August 10 presidential election, for which he is the ruling Justice and Development Party's candidate, Erdoğan added: "The election of the president by popular vote will be a manifestation of national will in Turkey."

He added: "Being a president elected by the people I will not be disconnected but hand in hand with the people of Turkey."

Following a 2007 referendum, Turks will for the first time directly elect their president, who was previously elected by parliament.

A candidate needs more than 50 percent of the popular vote to be elected in the first round, which will take place on August 10. A second round will be held on August 24 if none of the candidates achieves this.