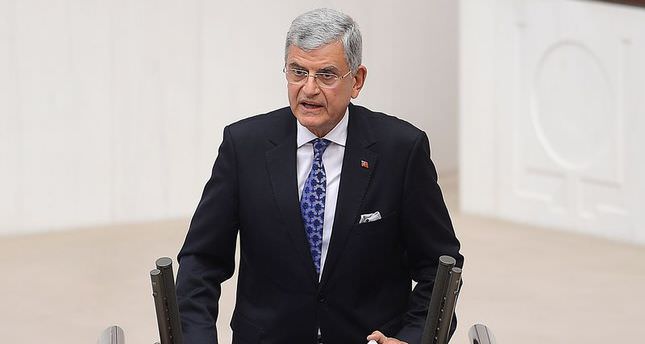 by Fatih Şemsettin Işık Jul 06, 2014 12:00 am
The president of the Council of the European Union has been held by Italy since the beginning of July. While Italy is one of the supporters of Turkey's EU bid, the future of the process remains unclear as the Greek Cypriot Administration constitutes an impediment to Ankara's accession bid. Greek Cyprus' negative stance toward Turkey's accession was demonstrated again when it vetoed the opening of chapter 23 last March.

Leaders in Turkey have remained eager to continue negotiations anyway. Despite stagnation in the last few months, according to Volkan Bozkır, head of the Foreign Affairs Commission of the Grand National Assembly, the future is still promising. In an interview with Daily Sabah in May he said "when considering Turkey-EU relations, Turkey has not had any shift in policy and maintains EU membership as a strategic aim. However, it is possible to observe a change in the EU's attitude to Turkey."

The EU's lack of power in the decision-making process "prevents it from being able to act swiftly and decisively in times of crisis," he added. He stated that Turkey is committed to opening Chapter 23 and Chapter 24 in any case; but unfortunately there is a deadlock in the European Parliament that has slowed the process. "What we say is that if the EU is erroneously concerned with the judiciary, human rights or freedom of expression in Turkey then open chapter 23 on Judiciary and Basic Rights and let us review the standards. However, the EU refuses to open this chapter. We as a country have signed an agreement of return. We are combating illegal migration and taking steps to bring our border security on par with the EU.

Despite this, the EU will not open chapter 24 on Justice, Freedom and Security for negotiation," he stated.

In the report published after the meeting of EU-Turkey Association Council last June, Turkey's anchor for reforms was commended and the lengths Turkey has gone to in order to open Chapter 23 was mentioned. Yet, if the EU cannot end this deadlock up in the European Parliament because of the Greek Cypriot Administration of Southern Cyprus, as Bozkır had remarked in the interview, it is inevitable we will see annual EU Progress Reports on Turkey going from being exciting reads to repetitive texts.