Next week in Turkey's Parliament 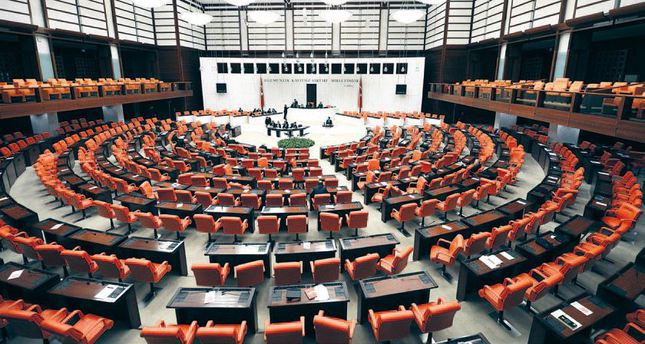 by Daily Sabah Jul 06, 2014 12:00 am
This week the Turkish Parliament will convene on Tuesday and discuss a draft bill to rekindle a government initiative to end terrorism and improve minority rights. Last Friday the Parliament's internal affairs commission approved the six-article bill titled "The Law to End Terrorism and Strengthen Social Integration."

The bill is expected to be discussed at the general assembly throughout the week. The law requires the government to determine the necessary political, judicial, socio-economic and cultural steps to be taken in its bid to end terrorism and strengthen social cohesion. Moreover, the law will give the government the authority to assign any individual, group or institution both from Turkey and abroad to maintain contact and engage in dialogue with any individual, group or institution to carry out the process.

The Turkish Parliament is expected to ratify the bills on its agenda before July 25 when the Parliament is scheduled to take its summer recess.