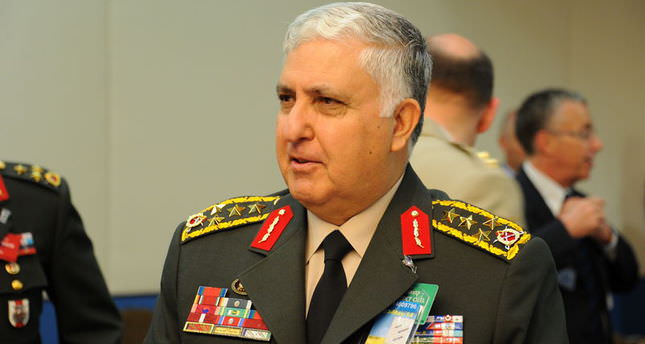 by Daily Sabah Jul 08, 2014 12:00 am
Public Prosecutor of Ankara has announced that the investigation pertaining to Necdet Özel, the Chief of General Staff was dismissed due to lack of grounds for legal action.

The investigation was launched under the scope of breaching the confidentiality of the investigation and affecting legal proceedings due to General Özel's press statements when he allegedly expressed there were armed terrorists amongst 34 people who were killed in Uludere in the city of Şırnak but the arms were collected when they reached the scene. While these remarks were allegedly said by General Özel, a formal statement from the General Staff refuted these statements and claimed even if the remarks were made by General Özel, they do not have an element of crime in efforts to affect legal proceedings.

Uludere was the scene of an air raid by the Turkish Army, which killed 34 smugglers on Dec. 28, 2011. Those killed were smuggling oil and cigarettes between Turkey and Iraq and were mistaken for PKK militants.