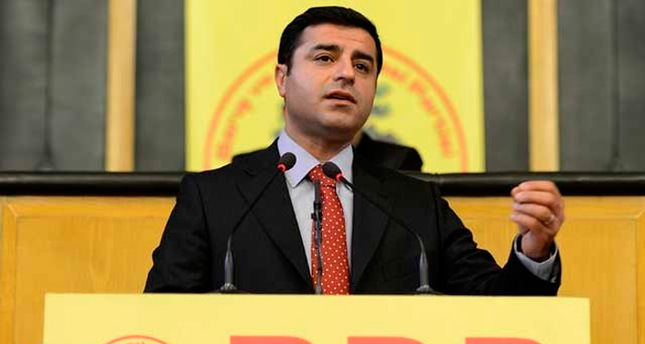 The joint presidential candidate of Nationalist Movement Party and the Republican People's Party, Ekmelleddin İhsanoğlu, is coming under pressure from rivals for failing to stand up for rights and freedoms. People's Democratic Party's candidate Selahattin Demirtaş called on İhsanoğlu to respond to anti-Kurdish rants by the MHP leader while the AK Party's candidate Recep Tayyip Erdoğan criticized him for failing to condemn Israel for its attacks. Meanwhile, President Abdullah Gül said that he would continue to serve the country in whatever capacity sanctioned by the nation.

Bahçeli alleged that Demirtaş is an illegitimate candidate and called on the Supreme Election Board (YSK) of Turkey to cancel his candidacy. "The presidential candidacy of this PKK member, who has been nursing a grudge against our Republic, is against the law. A deep investigation should be conducted against him," MHP leader said during a party meeting in Ankara.

Demirtaş's response came the next day, when he said he is expecting the opposition's joint presidential candidate Ekmeleddin İhsanoğlu to comment on the MHP leader's comments. "I am curious if İhsanoğlu agrees with Bahçeli or differs from him," he said. Demirtaş also claimed that Bahçeli and İhsanoğlu underestimate the Kurdish people and view them lower than Turks.

The MHP is known for its strong objection to the reconciliation process which is aimed at ending a decades-long conflict in southeast Turkey by disarming the PKK while the BDP is accused of causing difficulties throughout the crucial process.

According to major public research companies' surveys, Demirtaş will receive about 8 percent to 10 percent of the public's support for his presidential candidacy and İhsanoğlu is expected to receive about 35 to 40 percent. The most recent polls show that Prime Minister Recep Tayyip Erdoğan will receive above 50 percent in the first round of the election and avoid second round of voting.
Last Update: Jul 08, 2014 2:27 pm
RELATED TOPICS