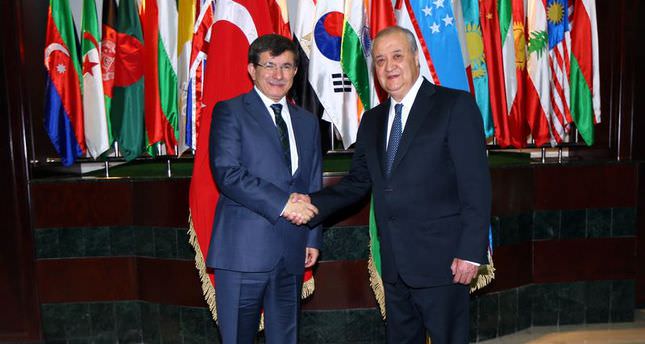 Kamilov stressed the historic aspect of Davutoğlu's visit, in marking the first Turkish foreign minister to visit the central Asian country in 13 years.

Despite being the first country to recognize the independence of Uzbekistan on 16 December 1991, Turkey's diplomatic relations with Uzbekistan in the second half of the 1990s were poor due to political differences between the two countries.

"We are all upset that relations have not been at the desired level in recent years," said Davutoğlu. "We hope the current political environment will pave the way for us to enhance our relationship."

Before his visit, Davutoğlu referred to the halt in Turkish and Uzbek relations since 2006 due to misunderstandings and said "This will be a new and stronger beginning."

Turkish Ambassador to Tashkent Namık Güner Erpul spoke to the Anadolu Agency prior to Davutoğlu's visit and said relations will improve after Uzbekistan's declaration of support for Turkey's nomination to the U.N. Security Council for 2015-2016 term.