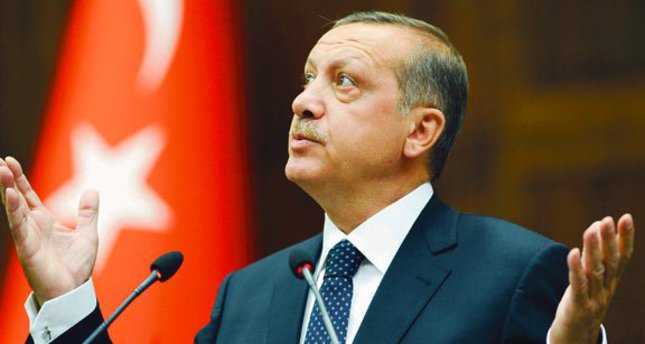 by Daily Sabah Jul 11, 2014 12:00 am
Turkish prime minister and Justice and Development Party (AK Party) presidential candidate Recep Tayyip Erdoğan is expected to announce his presidential vision, which includes objectives that he pledges to accomplish if he took the presidential seat today. Referring to the achievements during a 12-year AK Party term, the 84-page vision document presents a roadmap for the government's 2023 goals that focus on social, financial and political targets for the 100th anniversary of the Turkish Republic.

Sources expect that the vision document will address many issues such as the new constitution, the Kurdish reconciliation process, the Alevi issue, the EU accession process, Turkey's foreign policy, new reforms to expand fundamental rights and freedoms and universal principles of justice and the rule of law. Rather than tangible promises often made during local and general election campaigns, the vision document will emphasize Turkey's future, improving democratic standards and Turkey's international prestige. Inclusiveness is also expected to be one of the main issues stressed during Erdoğan's speech since over the years Kurds and Alevis were systematically excluded from the political process and their demands ignored by the government.

Erdoğan has several campaign slogans, including "The man of the nation, Recep Tayyip Erdoğan," "The leader of change," "Strengthen the nation's power," all of which will be presented in accord with electoral campaign schedule.