Probe to be launched over illegal wiretaps 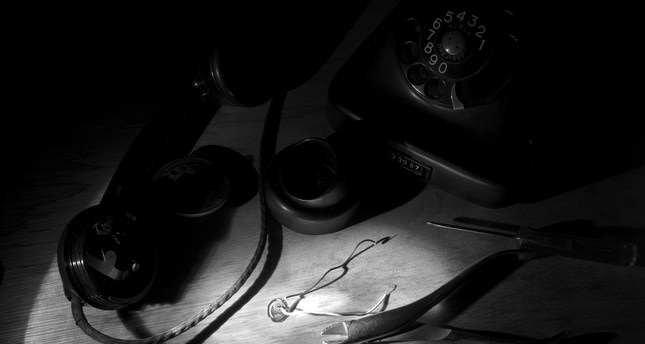 by Daily Sabah Jul 11, 2014 12:00 am
The Ankara Prosecutor's Office will launch a comprehensive investigation into 200 employees of the Presidency of Telecommunications (TİB) for "espionage" as part of a probe into the illegal wiretapping of top state officials. Turkey's Scientific and Technological Research Council (TÜBİTAK) recently announced that 80 out of 164 encrypted phones owned by top officials were unlawfully wiretapped while it was revealed that a time adjusted program was used to destroy all recorded data. TİB employees, believed to be members of the Gülen Movement, used their access to launch a smear campaign against the government.

According to TÜBİTAK's reports, the phones belonging to top government officials including Prime Minister Recep Tayyip Erdoğan, President Abdullah Gül and Necdet Özel the Chief of General Staff were wiretapped through their electronic serial number (IMEI) without recording the names at the Presidency of Telecommunications (TİB) and were delivered to sources outside of Turkey.

Investigations carried out at TİB following the Dec 17 Operation have revealed that agents of the Gülen Movement had wiretapped and recorded the phone conversations of senior officials even though the phones were encrypted.

To overcome the encryption barrier, phone conversations were recorded as "noise" and they used a technique to convert this noise into comprehendible sound. On the other hand, it was stated that three encrypted phones owned by the Turkish National Police Forces were not wiretapped.

More importantly, TİB has recently expressed that a time-adjusted program was used by agents of the Gülen Movement within the institution to erase all recorded data in the case that they are discharged from their positions. The program was discovered after a technical problem occurred in the system that transfers data to intelligence agencies under the scope of the laws and court rulings on June 26. Here, the backup system failed to function, which led the personnel to inspect the matter as it looked suspicious.

Likewise, it was reported that an investigation is under way for three TİB personnel who are accused of establishing the time-adjusted program. Officials also reported that there has been numerous attempts at sabotage against TİB's data systems to remove existing data in the past six months while technical precautionary measures averted these attacks.
Last Update: Jul 11, 2014 10:42 pm
RELATED TOPICS