Poverty and dictatorship have allied against Egyptians 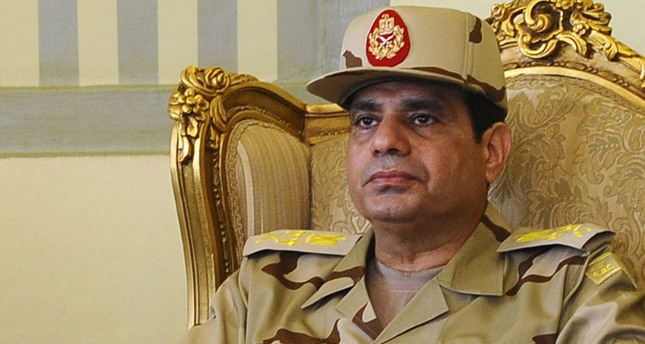 by Shakir Husain Jul 12, 2014 12:00 am
Poverty and dictatorship are Egypt's two main enemies. For decades, Hosni Mubarak's regime pursued policies that forced miserable conditions on Egyptians, making it easier for him to rule the most populous Arab nation. The society that the Mubarak regime created was like apartheid with ordinary Egyptians suffering daily indignities. But living conditions for Egyptians have further deteriorated since Mubarak's downfall in the 2011 mass uprising.

"More than 50 percent of the Egyptian people suffer from poverty. There is a lot of unemployment," Egyptian coup leader Abdel Fattah el-Sissi, who toppled the country's first democratically elected leader Mohammed Morsi in July 2013, admitted in a media interview in May.

Now the question is what can el-Sissi do to help Egyptians get out of the hell the successive dictatorships have created. His own survival depends on the largesse of Saudi Arabia and the United Arab Emirates. The two Gulf states were panic-stricken when Mubarak fell but have regained their composure and used their oil billions to stem the tide of democracy across the region.

El-Sissi, who served as Mubarak's military intelligence chief and as a defense attaché in Riyadh, can expect the Saudi and UAE rulers to continue financing the Egyptian dictatorship, and if he plays his cards smartly, he can even exploit their fears to his advantage.

Unfortunately, ordinary Egyptians may not benefit from Gulf funds being poured into the giant Egyptian engine of tyranny. The old Mubarak backers -- the Pentagon, the EU, Israel and Arab despots - would like el-Sissi to offer them a population that would accept humiliations without protest.

The problem for Gulf governments is Egypt's size. With 85 million people, Egypt accounts for roughly one-fourth of the Arab population, and no amount of Gulf aid can help Sissi's regime if the country's own economy is not in order.

It is not surprising that Saudi King Abdullah Bin Abdul Aziz Al Saud, who has backed el-Sissi's merciless crackdown on pro-democracy activists, is calling for a donor conference to revive Egypt's wrecked economy. It remains to be seen if anyone will heed his appeal to help a regime that is conducting show trials, awarding death sentences to hundreds of people, muzzling the media and arresting anyone voicing dissent.

Let Saudi Arabia alone enjoy the fruits of Egypt's bitter harvest. The Saudi kingdom should take full responsibility for its crass opportunism in crushing the Egyptian people's hopes for a representative government.

The UAE is another remorseless champion of dictatorship in Egypt. Unlike the Saudi kingdom, it has a docile local population and doesn't even have to give lip service to Arab or Muslim issues.

For the UAE, the el-Sissi dictatorship has restored the old Mubarak security and business networks. Abu Dhabi's sheikhs have too much in disposable funds, but they will be wary of a long-term aid commitment because considering the population size it will all amount to a drop in the ocean.

The Gulf stakeholders in the coup will work to keep Egypt's elite on the regime's side, leaving ordinary Egyptians on the margins. Mubarak at least tried to create a veneer of civility around his dictatorship, but el-Sissi is remarkably ruthless even by Arab authoritarian standards. His presidency represents consolidation of the military's control over Egyptian society, politics and economy. The military is estimated to control about 40 percent of the economy through its business empire.

There is a new drive underway to encourage the Gulf private sector to set up projects in Egypt so that Abu Dhabi and Riyadh are not required to bankroll the regime forever. Whether private Gulf companies can be convinced to put their money in an uncertain political environment is another matter.

Investment in the tourism sector, which accounted for more than 15 percent of the total workforce before the 2011 uprising, can go a long way to reduce unemployment. Tourism has been hard hit with foreign arrivals in 2013 recorded at nine million compared with 14 million in 2010.

Egypt wants to attract more Gulf tourists to make up for the shortfall from other places. But there is an ugly side to this business as well. Many Gulf men, who come as tourists, especially during summer months, are known to procure young girls belonging to impoverished families for sham marriages, according to an Inter Press Service report last year. A survey showed that 81 percent of the "spouses" were Saudi, 10 percent from the UAE and four percent Kuwaitis.

"It's a form of child prostitution in the guise of marriage," Azza El Ashmawy, director of the Child Anti-Trafficking Unit at the National Council for Childhood and Motherhood, was quoted as saying by IPS.

A crackdown on such abuse should not be difficult, but for a dictatorship backed by Gulf moneybags, it can hardly be a priority to combat exploitation of poor Egyptians.

* An Indian journalist. He spent 14 years in the UAE, working for Yahoo, Gulf News and The Gulf Today.