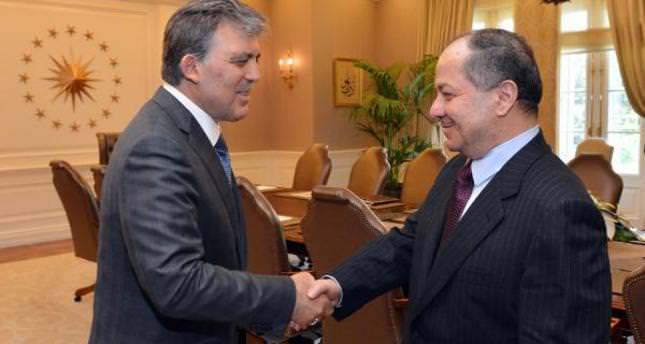 by AA Jul 14, 2014 12:00 am
Kurdish Regional Government President Massoud Barzani has paid a visit to Ankara to hold official talks.

During Barzani's meeting with Erdogan, the pair discussed security and stability in Iraq as well as bilateral relations and energy, said sources from the Turkish prime ministry.

Last month, $93 million was deposited from the sales of Kurdish oil.