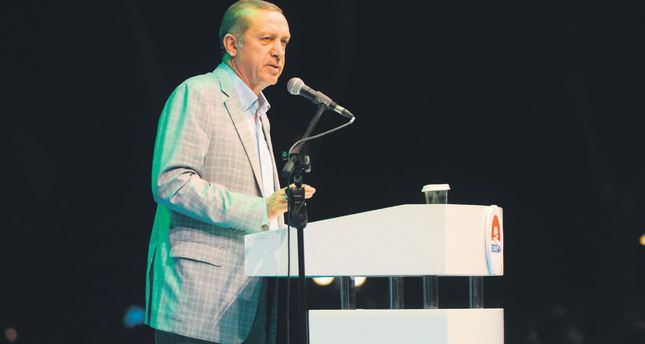 Turkish Prime Minister Erdoğan harshly criticized Israel over the air strikes on Gaza which left dozens dead. Erdoğan also said that it is impossible to continue the normalization process with Israel under these circumstances

Israel has not been sincere in negotiating a normalization of relations with Turkey and has returned to its brutality in Palestine, Turkey's Prime Minister and presidential candidate Recep Tayyip Erdoğan said in Antalya, during his rally for the upcoming presidential elections.

His comments came at an Iftar dinner hosted by the Antalya Municipality on Saturday, the fifth day of Israeli airstrikes on Gaza which have left at least 170 Palestinians dead and hundreds more injured. Erdoğan said: "All possible steps towards the normalization of relations with Israel have been locked in a box because of the recent Israeli atrocities in Palestine. "Israel continues its brutality in Palestine, where it has dropped 400 tons of bombs and killed dozens of innocent people, including women and children."

He added: "Helping Palestinians is our historical, religious and humanitarian responsibility, because they were always with us when we were in need - especially during our Liberation War. "We cannot turn our back on our brothers in need in Palestine, Bosnia, Syria, Iraq, Egypt, Arakan (Myanmar) and elsewhere in the world."

The prime minister also said anyone who has fled from Syria for his/her life and come to Turkey to take refuge is a friend, and we are obliged to take them into care.

Previously, the opposition presidential candidate Ekmeleddin İhsanoğlu had said in a television interview that Turkey should remain impartial in the Israel-Palestine conflict. The Republican People's Party and the Nationalist Movement Party have chosen Ekmeleddin İhsanoğlu, the 71-year-old former head of the Organization of Islamic Cooperation, as their candidate for the elections - the first in Turkey where the president will be chosen by popular vote.

Turkish voters will go to the polls on Aug.10. Should none of the candidates take more than 50 percent of the votes a second round will take place on August 24 between the top two candidates.
RELATED TOPICS