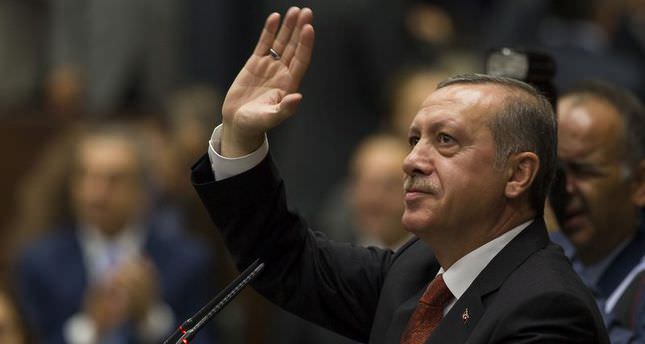 "A dirty game is being played on the blood of innocent Palestinians," Erdoğan told his ruling Justice and Development Party's parliamentary group meeting in Ankara.

"For how long more will the world remain silent to this state terrorism? In Palestine, innocent children are not the only ones who are being killed. Global justice is being killed there too."

The prime minister also reiterated that a normalization of relations between Turkey and Israel should not be expected unless Israel stops its offensives against Palestinians.

Israeli warplanes have struck hundreds of civilian residential areas across the besieged enclave, which is home to around 1.8 million Palestinians. Israeli ground troops remain massed on the territory's borders in advance of a potential ground assault.

At least 194 Palestinians have been killed and more than 1400 others injured in unrelenting Israeli airstrikes on the Gaza Strip since last Monday.

Gaza-based resistance factions, for their part, have continued to fire hundreds of rockets at Israeli cities in response to the ongoing Israeli attacks.

"The day will come when Israel will pay a price for shedding innocent Palestinians' blood," Erdoğan said, vowing to continue to voice Turkey's strong support for the Palestinian cause.