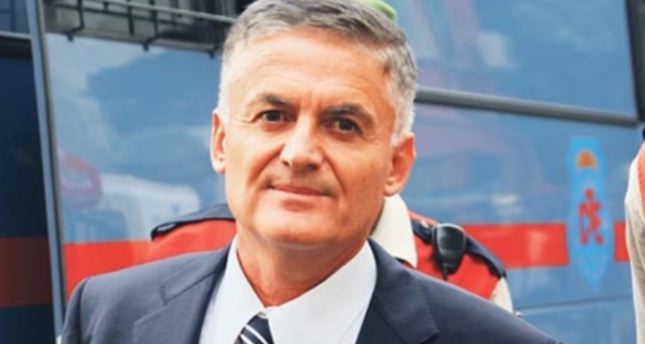 by Daily Sabah Jul 15, 2014 12:00 am
Speaking to the Turkish newspaper Sabah, Ahmet Zeki Üçok, a military prosecutor in the Turkish Air Force who was detained for five years due to a probe he launched into the Gülen Movement, commented on the organization and its activities. Üçok said that he has paid the price for launching the first probe into the Gülen Movement and is ready to take responsibility for the government's fight against the movement.

Üçok alleged that a note regarding himself was found in the car of policemen who bugged Turkish Prime Minister Recep Tayyip Erdoğan's home.

"Five policemen were detained and six people were released. There was a note in the car of one of the detained policemen. The note read, 'We [the Gülen Movement] pushed Zeki Üçok around too much. We started to lose our persuasiveness,' "asserted Üçok. Üçok pledged his support to the Justice and Development Party (AK Party) government to prevent Gülen Movement from carrying out its illegal activities in the state institutions.

The Gülen Movement, led by Fethullah Gülen, who currently resides in the U.S. in self-imposed exile, is allegedly behind the Dec. 17 operation, which was carried out with the aim of overthrowing the legitimate Turkish government. The movement was also responsible for the release of fabricated tape recordings and wiretapping of thousands of individuals including politicians, journalists, academics, NGO leaders and prominent figures using fabricated cases and court orders handed down by Gülen Movement members working in state institutions.
Last Update: Jul 16, 2014 1:28 pm
RELATED TOPICS