Interview with Ayatollah Mohammad-Ali Taskhiri: 'Islam is against extremism in all of its forms' 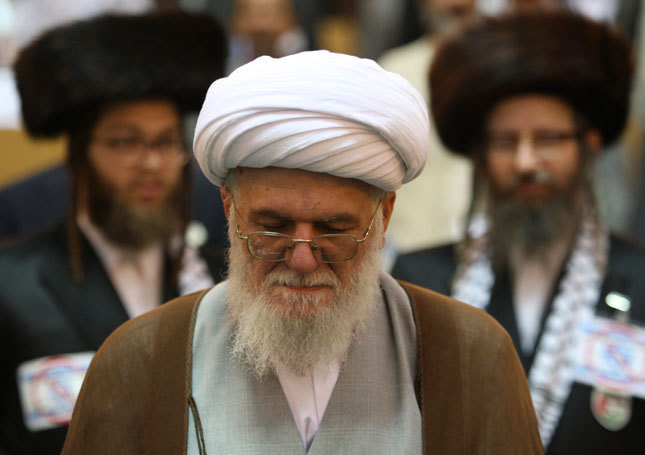 by Jul 19, 2014 12:00 am
The Religious Affairs Directorate of Turkey (Diyanet) brought together Islamic scholars from a hundred countries at the "World Islamic Scholars Initiative for Peace and Common Sense" summit in Istanbul. Guests included scholars from regions such as Syria and Iraq, where sectarian violence is tearing up the countries. The aim is to build-up on the appeal issued by the head of Diyanet, Professor Mehmet Görmez, who is calling for the restoration of common sense among Muslims to put an end to the killings in Iraq and Syria in particular and all over the world in general. At the summit, Daily Sabah had the opportunity to talk to Iran Islamic World Guidance Council's Senior Advisor Ayatollah Mohammad-Ali Taskhiri.

The biggest threat I see is extremism. If one looks at the world through an extremist lens, this perspective affects everything. It affects every decision and we look at every issue through an extremist perspective. The most dangerous extremist reaction is to declare someone a heretic. The religion of Islam is against extremism in all of its forms. Islam does not tolerate the Muslim community standing on the extremes. That is why it does not accept someone being declared a heretic.

What types of extremism are out there?

Clan, nationality, ethnic, regional, linguistic and sectarian extremisms are some of those. Islam rejects all of them. One of the most dangerous stances is for one person to see him or herself as the embodiment of truth. Such people test others' beliefs from their own perspective and see those who are different as lacking faith. Another is to target things that are revered, valued or loved by others and to insult things that are respected by others. As it is noted in the Holy Quran, if one insults the gods and revered things of others, one allows others to do the same. These are the most dangerous threats we face.

What do you expect from this summit?

Do you think the conclusion reached at the end of the summit could result in something institutional? What should be this summit's objective?

If we are sincere, all the scholars will act in accordance with the conclusions we reach and there will be a process of institutionalization. My honest suggestion is for all to sincerely follow this road. This summit needs to be a beginning.