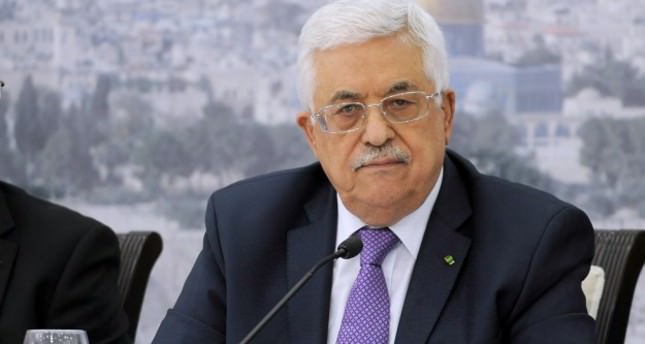 by Daily Sabah Jul 21, 2014 12:00 am
During his presidential candidacy campaign meeting in Hatay on Sunday, Prime Minister Recep Tayyip Erdoğan said that Palestinian President Mahmoud Abbas refuted the opposition's joint presidential candidate Ekmeleddin İhsanoğlu's claim that he was the one who united Al-Fatah and Hamas.

Erdoğan also responded to criticism pertaining to the instance when he received the "Profiles of Courage" award from the American Jewish Congress, claiming that the context of Turkish-Israeli relations was completely different at the time.

Moreover, he noted that the Turkish government has actually worked in a determined fashion to ensure both factions united, but İhsanoğlu misinterpreted the Palestinian Order given to him. For instance, Abbas stated that the order is given to international bureaucrats who are about to retire and İhsanoğlu was not awarded the order for allegedly uniting the two factions in Palestine.

On the other hand, Erdoğan responded to criticism about the instance when he received the "Profiles of Courage" award from the American Jewish Congress on Jan. 26, 2004 and another one given to him by Anti-Defamation League in 2005 which was labeled as a hypocritical act by Erdoğan's opponents. He stated that the criticism is unfounded because Turkey had favorable relations with Israel back then and the situation in Palestine was unlike today. "And then came the Mavi Marmara attack and Gaza massacre," said Erdoğan, who underlined the fact that the awards did not serve as a bribe for him to remain silent on the incidents which took place in Gaza.

Criticizing the world's silence on the Gaza massacre, Erdoğan stated that the current situation in the Gaza Strip resembles an open air prison as Egypt has closed its borders to Palestinians, jamming 1.8 million people to 360 square kilometers of land with a population density of 5,046 people per square kilometer. He said that Turkey is the only country which openly condemns the massacre of Gazans by Israel.