PM Erdoğan to chair cabinet, use all his powers if elected 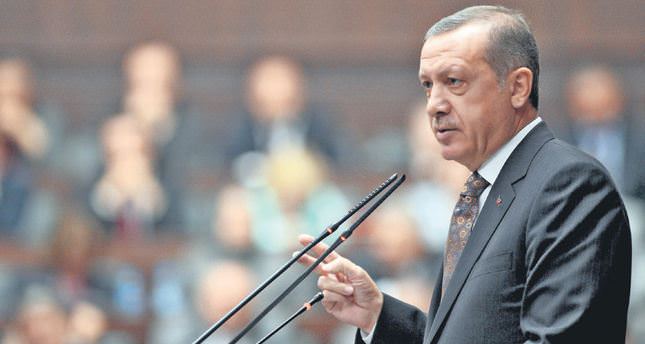 PM Erdoğan states that if he becomes the first ever directly elected president, he will use all the powers given by the Constitution. "I have to continue working on two crucial points; the reconciliation process [the Kurdish question] and combatting the [Gülen] movement"

Prime Minister and ruling AK Party presidential candidate Recep Tayyip Erdoğan said that if he wins Turkey's first direct presidential election, he will chair some cabinet meetings and use all powers extended to him by the constitution.

While returning from a campaign rally in Ordu to the capital Ankara, he spoke to Sabah's Ankara representative Okan Müderrisoğlu. Erdoğan was asked about opposition criticisms stemming from his announcement that he would chair cabinet meetings and the opposition's claims that it would weaken the position of prime minister. He responded that he will chair some cabinet and the National Security Council (MGK) meetings as the head of the state.

When asked about criticism from certain Western powers and the Turkish opposition over his presidential candidacy, Erdoğan said "I don't care about the West. What I care about is the constitution. The constitution drew the borders and power of the presidential post." "I am coming from active politics to the presidency, not bureaucracy. As a directly elected president, I have to show the difference.

Most importantly, I have to continue working on two crucial points. The reconciliation process [that aimed to solve the decades- long conflict in southeast Turkey] and combat the [Gülen] movement [which infiltrated state institutions]. Other presidential candidates have no such sensitivities to work on these points," Erdoğan said.

When he announced his candidacy, Erdoğan said, "The president being directly chosen by the public marks the end of the tutelage-era in this country," referring to pressure imposed by military and judiciary bodies when parliamentarians were elected president.

Accepted as the most influential politician in Turkey's history after the founder of the modern Turkish Republic, Atatürk, Erdoğan discussed other issues, such as a new constitution, the Kurdish reconciliation process, the Alevi issue, the EU accession process, Turkey's foreign policy, new reforms to expand basic rights and freedoms and universal principles of justice and the rule of law in his vision document titled "On the way to the new Turkey."

The public will now have a chance to evaluate candidates, judge their skills and experience and vote in accordance with their preferences. However, the elections will not be the only novelty that this system will bring. When we evaluate the speeches made by government officials we see that after the elections, Turkey will continue to discuss the nature of the system, such as giving more powers to the president and the accountability of the prime minister.

Regardless of the adoption of the parliamentary system in Turkey, except for periods of interruptions resulting from military coups, the system brought major problems which brought instability and generated dangerous crises that risked the [stability] of the political system.

Unlike past presidents, the next president - who is required to get more than 50 percent of the vote - will have more responsibilities and rights, and he will face pressure to use this power and authority. But both the political system and public opinion will hold him accountable.

In a strong statement against the Gülen Movement, Erdoğan said that he will never let organizations and movements exploit religion when he gets elected as the president.
Last Update: Jul 22, 2014 12:23 pm
RELATED TOPICS