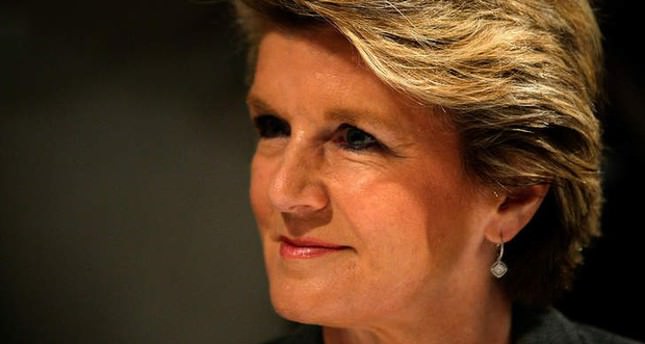 by Jul 23, 2014 12:00 am
Australian Foreign Minister Julie Bishop informed the Australian Turkish Advocacy Alliance (ATA-Australia) that it was Australian foreign policy not to define the Armenian case as genocide, and that it was unconstitutional for Australian territories to promulgate their own foreign policy. The Foreign Minister's policy affirmation was in response to the inquiry of Barrister and ATA-Australia Sydney President Ertunc Ozen in the wake of a New South Wales parliamentary resolution wrongfully defining the Armenian case as genocide.

ATAA and ATA-Australia commenced cooperation last March when Australian Turks hosted ATAA past president and current Trustee Gunay Evinch to speak on best practices in public advocacy. Evinch, gave the example of the case of Movsesian, explained that the United States Supreme Court let stand a 9th Circuit Court of Appeals' decision invalidating a California law that had defined the Armenian case as genocide, because it was U.S. federal policy not to define the Armenian case as genocide, and to encourage further research, debate, discussion and dialogue on the matter. Evinch stated the Australian constitution provided similar protections. During his visit to Australia ATAA Trustee Gunay Evinch met with ATA-Australia Syndey President Ertunc Ozen and Federal MP Craig Laundy. 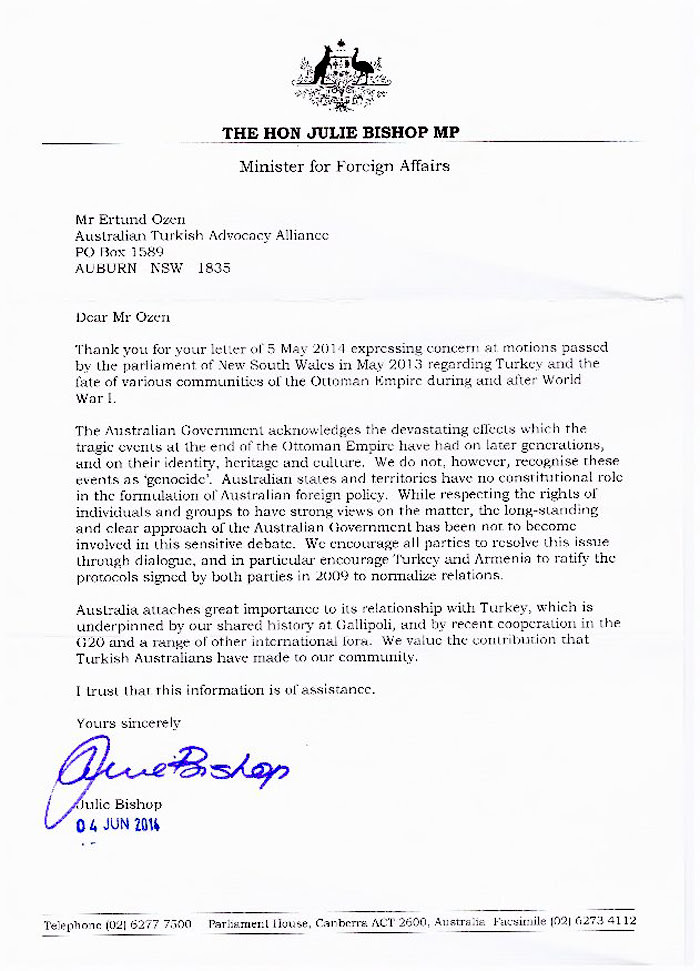