Purging Gülenists from state apparatus will be expanded, Erdoğan says 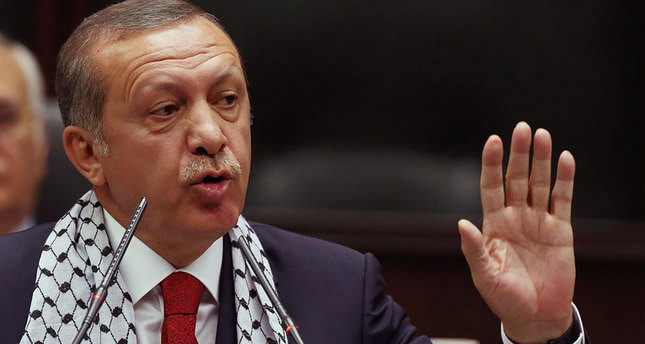 by Daily Sabah Jul 23, 2014 12:00 am
In his first reaction to the raids – in which over hundred officers have been taken into custody for illegal wiretapping -- Prime Minister Recep Tayyip Erdoğan hinted that the anti-Gülen probe would widen.

"We are currently watching. We will all see what will come out of this," he told reporters at the Turkish parliament. Asked if the drive to purge Gülenists from the state apparatus would be expanded, he replied "It looks like it, of course, of course."

Furthermore, Deputy Prime Minister Bülent Arınç had also stated that operations against Gülenists would continue in other bodies of the state. He added that there would be no peace with the movement before the government holds all state-infiltrating persons accountable and that these people should give up having dreams of controlling the state and seek forgiveness from the government they tried to topple.

Prime Minister Erdoğan has accused supporters of Gülen of holding excessive influence in the country's police and judiciary and of concocting the graft scandal to unseat him ahead of local elections in March.

After 11 years in power which has seen his government tame the influence of the once-powerful military, Erdoğan has declared a war against Gülen, accusing him of running a structure placed within the state.