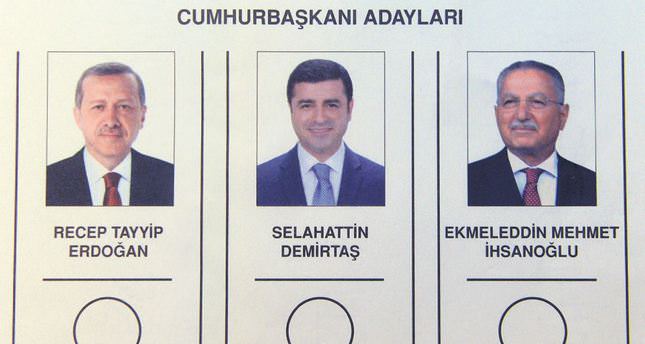 Ahead of the the arrival of the PACE delegation in Turkey, which will observe the presidential election, pre-electoral observers praised steps to regulate the funding of election campaigns and urged media outlets to engage in impartial and equal coverage during their visit in Turkey

PACE pre-electoral delegation visited Turkey and assessed the country's current electoral framework and official campaigns. The delegation said that in general there is a good level of trust in the conduct of voting on election day and welcomed the first steps taken to regulate the funding of the election campaign, the possibility for campaigning to be carried out in languages other than Turkish, including Kurdish, and praised the possibility offered for the first time to the nearly 3 million Turkish citizens residing abroad to vote outside of their country. The PACE delegation also called all media broadcasters to ensure impartial and equal media coverage of the campaign, free from any self-censorship.

PACE's pre-electoral delegation included members, each representing one of the political groups within the oldest international parliamentary assembly also held an exchange of views with the deputy speaker of parliament, Turkish delegation to PACE, representatives of the Supreme Board of Elections and the Radio and Television Supreme Council, representatives of the international community, civil society and the media.

At the end of their visit, the PACE delegation noted that the upcoming presidential election will be a crucial moment for political life in Turkey and stated that, for the first time, 53 million Turks will directly elect the president of the Republic and acknowledged that this election will give greater legitimacy to the president. The delegation also welcomed the possibility for campaigning to be carried out in languages other than Turkish, including Kurdish and praised the possibility offered for the first time to the nearly 3 million Turkish citizens residing abroad to vote outside of their country.
Moreover, the PACE delegation called the authorities to ensure the smooth conduct of these elections was carried out in 53 countries, and to provide the necessary guarantees to ensure that the ballot papers will be transported securely to Turkey for transparent counting.

The PACE preelectoral delegation also welcomed the first steps taken to regulate the funding of the election campaign including the limitation of individual donations. However, the delegation highlighted the weaknesses of the current monitoring mechanism of election campaign accounts.
Whereas the delegation expressed its concerns that Prime Minister Erdoğan's position gives him to disproportionate access to resources and media coverage, in the absence of strict regulations he is not required to resign by law. Therefore the delegation called upon the authorities to adopt clearer and stricter regulations relating to the activities carried out by incumbent politicians standing for presidential elections.

Additionally the PACE delegation said that all broadcasters, including the Turkish Radio and Television Corporation (TRT), are required to ensure an impartial and equal media coverage of the campaign, free from any self-censorship. In general the delegation noted that there was a good level of trust in the conduct of the voting on Election Day. A fully-fledged delegation of about 30 PACE observers will return to the Turkey to observe the election of Aug. 10, 2014.
Last Update: Aug 01, 2014 9:51 pm
RELATED TOPICS