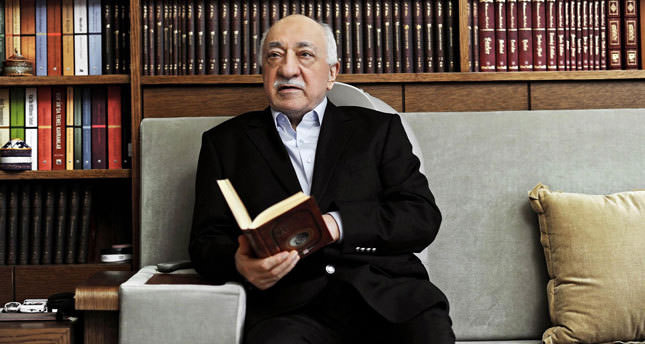 by Daily Sabah Aug 05, 2014 12:00 am
Leader of the controversial Gülen Movement Fethullah Gülen, in a video message from the U.S., cursed those who uncovered the espionage activities of his group, risking further rifts within his movement.

U.S.-based imam Fethullah Gülen, who previously cursed Prime Minister Recep Tayyip Erdoğan and his government, this time, cursed those who exposed his movement's infiltration of state bodies in a video released on Monday.

The leader of the Gülen Movement drew harsh criticism from Islamic scholars after his words toward the officials of the government whom his followers tried to topple through their agents in the police department and judiciary.

Gülen started his speech explaining why he had recently stopped his regular video speeches, claiming that his health condition did not allow him to make his weekly speeches.

In his curses, Gülen begged that his critics' families, homes and all those close to them be destroyed and perish.

The movement witnessed many splits from its followers as it denied its claims to be a pro-humanitarian and moderate movement with its curses toward innocent children.