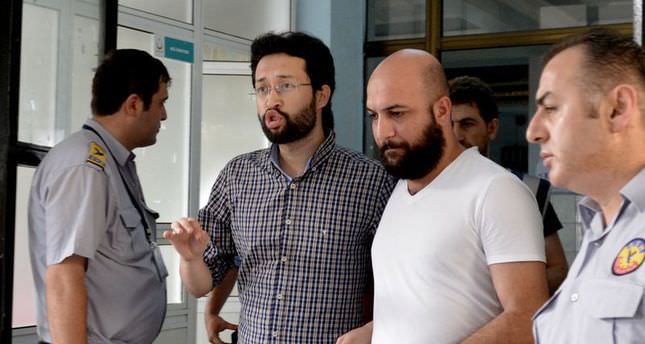 by AA Aug 05, 2014 12:00 am
Details are emerging of a second major police operation in Istanbul and other Turkish cities where officers are being sought in connection with an alleged illegal wiretapping probe.

Thirty-three police officials were detained in the early hours of Tuesday on charges including wiretapping, espionage and forgery. The anti-graft operation took place across several police departments in Istanbul and in eastern and southeastern cities of Turkey plus the capital, Ankara.

This morning's operation follows a first wave of nationwide detentions in late July which saw a total of 31 police officers and chiefs arrested. Over 100 police officers were detained on July 22.

The Istanbul-based anti-graft operations have followed a December 2013 probe which led to the arrest of high-profile figures including the sons of three government ministers as well as several entrepreneurs.

All those detained in the December probes were later released pending trial.

The Turkish government has denounced the December probes as a "dirty plot" constructed by a "parallel structure" group of bureaucrats embedded within the country's key institutions, including the judiciary and the police.