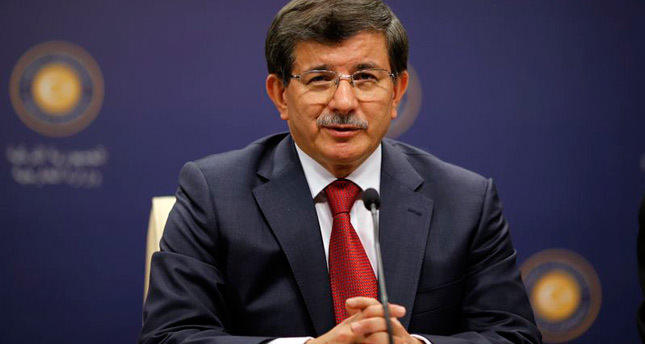 by Fatih Şemsettin Işık Aug 07, 2014 12:00 am
Turkey's efforts to negotiate a cease-fire in the Gaza Strip in cooperation with Qatar are lending it regional legitimacy that could pave the way for a stronger partnership with the Gulf country, experts stress.

While an Egyptian-brokered ceasefire seems to be holding for now, with more than 1,800 dead and 9,000 injured, even Israel, which is withdrawing its ground forces, analysts are not sure how long it will last. "In case of a cease-fire violation by Hamas or if the need arises, the Israeli army would not hesitate about entering Gaza again," a senior official in the Israeli army told Turkish state-run Anadolu news agency.

During the 28-day Israeli assault on Gaza, Turkey and Qatar were focused on a long-term comprehensive deal that took into account Hamas' grievences. In accordance with this purpose, Turkish Foreign Minister Ahmet Davutoğlu held a closeddoor meeting with his Qatari counterpart Halid Bin Muhammad al-Attiyah in Ankara on Saturday night. According to a statement released on the Turkish Foreign Ministry website, the two foreign ministers discussed in particular how long-term peace could be provided after Israel's attacks on Gaza, and how steps could be taken to de-escalate the tension.

Can Acun, a researcher on Middle Eastern politics from SETA Foundation, sees the common vision shared by Turkey and Qatar as a great success story against what Israel tired to do since the attacks began. "Israel exerted itself to isolate and pacify Hamas from the diplomatic field by using the inner-conflicts of the Islamic world and actors of the coup d'etat regime in Egypt. However, Turkey and Qatar initiated demands of Hamas and other groups trying to make them audible in the international arena. The shuttle diplomacy between the U.S., U.N. and actors in Gaza worked very well, " he stated and pointed out that Israel's diplomatic game has been spoiled by Turkey and Qatar's efforts in the region.

As a matter of fact, the two countries' struggle for brokering a deal on Gaza had been taken seriously by Kerry and he had held a trilateral meeting with Davutoğlu and Attiyah in Paris two weeks ago. Kerry, speaking after the meeting, emphasized that a long-term cease-fire over the future of the Gaza Strip is still possible.

Beside the recent developments regarding Gaza, experts point out the progress in the last few years concerning relations between Turkey and Qatar and the momentum they gained in the 2000s which created a mutual understanding between the two countries that could facilitate modes of common action.

Eyüp Ersoy, a researcher on Middle Eastern politics from International Strategic Research Organization, an Ankarabased think tank, stresses Turkey's strategic dialogue and policy coordination with Qatar in order to "address the implications of the volatile process of regional transformation in the Middle East." He also noted that the traditional patterns of alliances and partnerships in the Middle East were disrupted by the convulsions of the Arab Spring, adding that the growing cooperation between Turkey and Qatar is both "convenient," and "confers a measure of diplomatic legitimacy on Turkey's initiatives in the Gulf region."

As Israel's repeated violations of previous cease-fires prove, how long the most recent one holds is anybody's guess. A comprehensive and long-lasting ceasefire acceptable to both sides may still be produced by Turkey and Qatar's intense diplomacy.
Last Update: Aug 07, 2014 8:59 am
RELATED TOPICS