Perception of EU is still high in Turkey, survey reveals 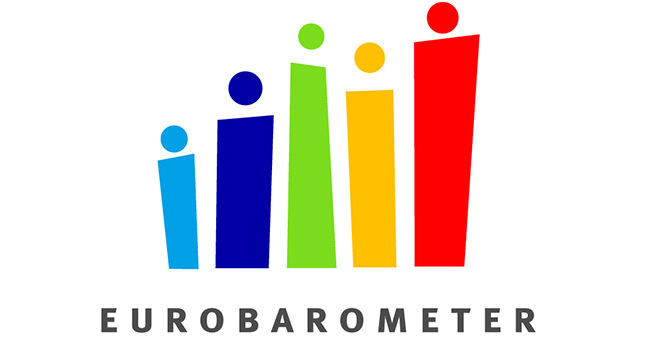 by Daily Sabah Aug 08, 2014 12:00 am
A public opinion survey series called Eurobarometer, which gauges trends in EU member states and compares them within the context of regional identity and public institutions, published a report this July. The surveys are conducted as a cross-national longitudinal study using face-to-face interviews.

In the latest July publication, figures for Turkey were quite salient. Results of interviews with Turkish citizens out of the total of 28,004 demonstrated that Turkish public opinion regarding the EU has consolidated. According to 43 percent of Turkish participants, the EU is seen in a positive light, a 25 percent improvement from the survey made in autumn 2013. As for the participants of the 28 EU member states, this positive image is only seen by 35 percent, with an increase of a mere 1 percent from the last survey. Another figure about public opinion for media and institutions is also remarkable. It indicated that 54 percent of participants tend to trust the Turkish Parliament while only 28 percent of EU member state participants had a positive view of their respective parliaments. The level of trust in the government was 52 percent to 27 percent, respectively. According to the survey, 54% of participants tend to trust the Turkish parliament; however, this figure drops to 28% for EU-28 participants. The level of trust to the government is 52% to 27% when the participants were asked.
RELATED TOPICS