Turkey is sensitive towards its minorities says Erdoğan 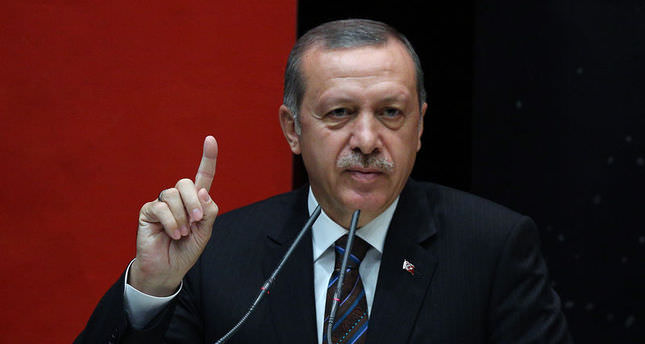 by AA Aug 14, 2014 12:00 am
There is no other country in the world as sensitive towards its minorities as Turkey, said outgoing Prime Minister and President-elect Recep Tayyip Erdoğan Thursday at a gathering of the ruling Justice and Development (AK) Party.

"We have enacted historical reforms for everyone within the borders of the Republic of Turkey to freely express their faith, culture and identity especially to protect their lifestyle and to freely express their thoughts", he said. "All minorities in Turkey are in peace. So many incidents are taking place in Gaza. We said, the Jews of Turkey are our citizens, nobody can show any negative behavior toward them, they are under our guarantee. Our problem is with Israeli government, not with the Israeli people. We will act with commonsense, not with emotions."

"Today is 14 August, the Rabaa Day. Rabaa is the day when the anti-coup people gave a heroic struggle in Egypt. Turkey is the only country to oppose murder of democracy, murders of innocent people and human tragedy in Egypt", Erdoğan said. "However, you look at some national and international media, once again they are unfairly, unjustifiably, baselessly and unsupportedly targeting Turkey. They do not understand one thing that we do not bow before these games."

Responding to criticism that there is no freedom for media in Turkey Erdoğan said, "Some of the media groups dare insult me in this country but judiciary exonerates them saying that we have to endure it because we are politicians."

"AK Party has never shared national sovereignty with any other power", said Erdoğan. "AK Party has been the hope of the nation and Muslim Ummah for the last 13 years."

Taking on the opposition parties Erdoğan said, "A new opposition with a new vision is inevitable for Turkey."

Hundreds of supporters of ousted president Mohamed Morsi were killed and thousands injured on August 14 of last year in Egypt when security forces moved in to disperse their sit-in.

The sit-in was staged by those opposed to the elected leader's removal from office at the hands of Egypt's military establishment.

According to provisional results Erdoğan got 51.79 percent of the vote and was elected to a five-year term as president. Ekmeleddin İhsanoğlu, the joint candidate of the Republican People's Party and and the Nationalist Movement Party, received 38.44 percent of the votes, and Selahattin Demirtaş, candidate of the pro-Kurdish Peoples' Democratic Party, won 9.76 percent.

Erdoğan will take oath of his office as the 12th President of the Republic of Turkey on August 28.