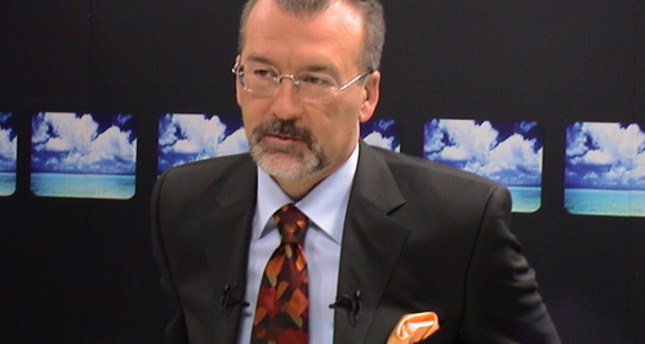 by Daily Sabah Aug 14, 2014 12:00 am
Famous journalist Hulki Cevizoğlu announced on his Twitter account on Wednesday that he was sacked from the Yurt daily and the Kanal Sokak TV station after pressure from the main opposition Republican People's Party (CHP) leader Kemal Kılıçdaroğlu.

Cevizoğlu stated that the owner of the media outlets Durdu Özbolat, who is a CHP deputy of the Kahramanmaraş province, had sacked him after pressure from Kılıçdaroğlu, who openly challenged his intra-party opposition and demanded his resignation after the presidential election failure.
Cevizoğlu was among the leftists who openly criticized the CHP administration and its leader for nominating Cairo-born former president of the Organization of Islamic Committee Ekmeleddin İhsanoğlu as their presidential candidacy.
Last Update: Aug 14, 2014 1:17 am
RELATED TOPICS