We could not win election even if we nominated Erdoğan 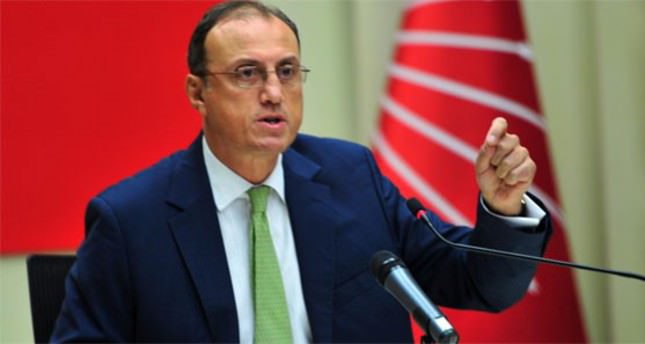 Another criticism to CHP Administration came from Kocaeli Deputy Hurşit Güneş after their failure in presidential election, in his interview to Al Jazeera Turk, Hurşit Güneş claim that CHP needs to transform its relation with society in general. Güneş urge CHP to stop restricting themselves to certain social bases consisting of some privileged groups and elites by referencing to his book named "Justice Call" in which he analyzes the question of "Why CHP not be able to Come to Power in Turkey".

"Even if we would have made Erdoğan our Presidential Candidate, we could not win the elections. We could not attract the AKP voters in that situation either. Put getting vote of citizen with strong candidates aside, CHP voters base is %26, the thing is extending this number to %36 " said Güneş. He also emphasizes CHP needs to address citizens with ideas, backing on individuals is not true. CHP's problem is much deeper, "CHP perceived solely as the party of those in favor modernization and westernization. There is a large social class which embraced conservative motives and has strong ties with traditions."

Güneş complain that CHP could not address these people. According to Güneş, CHP needs to include villagers, and rural areas to their agenda, and provide solutions to fulfill needs of these people. Hurşit Güneş also shared his analysis with the Al Jazeera Turk about CHP's consecutive defeats in elections by putting special emphasis on contradiction between party program and party's voters. Party program do not solely covers firm CHP voters, we would have been insisting on the program however CHP could not follow that agenda of the program much longer. Güneş pointed out. Besides, Güneş said" it is not about persons, or administrations, it is about CHP's political stance and political discourse. What good assembling party congress would do?" by referring the dissident deputies who called for party congress. Six CHP parliamentary led by Emine Ülker Tarhan request the resignation of CHP Leader Kemal Kılıçdaroğlu and call for immediate party congress two days after failure in the Presidential Elections.

Güneş said that offering justice, fairness, equity to the society is the only solution for CHP. He gave example wrong attitudes of CHP recently" We do not support building channel which broadcasting in Kurdish language within Turkish Radio and Television Association (TRT). These were all mistakes of CHP" Güneş insist on making politics on common values of the society in his speak to Al Jazeera Turk.
Last Update: Aug 15, 2014 1:12 am
RELATED TOPICS