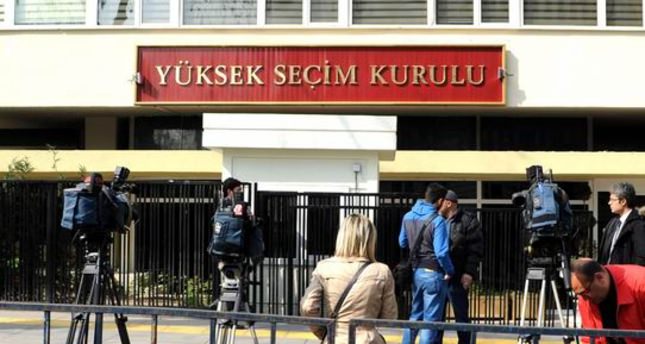 by Daily Sabah Aug 15, 2014 12:00 am
The Turkish Supreme Election Board (YSK) is expected to announce the official Aug. 10 presidential election results today. According to the Constitution and President Election Law, the outgoing president will continue to be in post until the presidentelect assumes the presidential seat. The official result is expected to be reported to the Turkish Grand National Assembly (TBMM) by the YSK and then announced to the public. In the name of the president-elect, a minute will be arranged by the YSK and reported to the TBMM. The president-elect will take his oath on Aug. 28 as suggested by the YSK.

General of the Organization of Islamic Cooperation (OIC), received 38.44 percent of the votes. Pro-Kurdish People's Democratic Party (HDP) presidential candidate Selahattin Demirtaş received 9.76 percent of the votes. The unofficial YSK results said that out of 55 million registered voters, 41 million went to the ballot box and 40 million of those votes are valid while 737,000 are invalid. The electoral turnout was 74.12 percent as the YSK stated. At home, nearly 21 million citizens voted for Erdoğan, while 143,000 voted for him abroad. According to the unofficial results, İhsanoğlu received nearly 15 million elector's votes at home, while 64 million expat Turks voted for him. Demirtaş received nearly 3 million votes at home while 22,000 expat Turks voted for him abroad.
Last Update: Aug 15, 2014 1:15 am
RELATED TOPICS