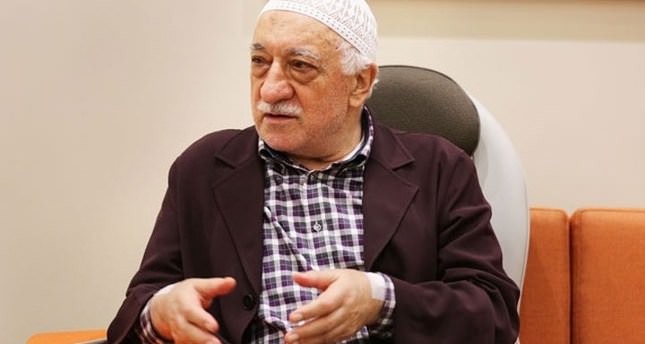 by Daily Sabah Aug 16, 2014 12:00 am
Gülen-linked officers also wiretapped foreign diplomats, leaders Police officers with links to the Gülen Movement - led by controversial U.S.- based imam Fethullah Gülen - not only wiretapped thousands in Turkey but also foreign diplomats and leaders, a report by the Akşam daily said on Friday.

According to the report, Gülenist infiltrators within the police wiretapped and recorded telephone conversations of many international figures, including Iranian leader Ayatollah Ali Khamenei and dozens of Iranian diplomats and other government officials.

According to a statement released by the Istanbul Public Prosecutor's Office, officers and police chiefs with ties to a shadowy-structure within the police department - implying the Gülen Movement - created an imaginary terrorist organization to wiretap thousands of people, including Prime Minister Recep Tayyip Erdoğan.

The statement denied the existence of the so-called "Tawhid-Salam terrorist organization," but many people used it to illegally wiretap for spying purposes.

The prosecutor's office ruled there was a "lack of grounds for legal action and dismissed the charges" for all 251 people, who were accused of being members of the organization. The wiretapping activities, which include foreign figures, were also conducted by the same officers who wiretapped thousands in the Tawhid- Salam case, Akşam reported. The Istanbul Prosecutor's Office stated that the investigation pertaining to the involvement of 251 people in the so-called Tawhid-Salam case had been conducted since 2010 under the scope of the 10th article of the Counter-Terrorism Law (which is now void) and ruled that the charges have been dismissed due to the fact that there is no evidence about the establishment of a terrorist organization.
Last Update: Aug 17, 2014 1:17 pm
RELATED TOPICS