Turkey's new prime minister to be announced on Thursday 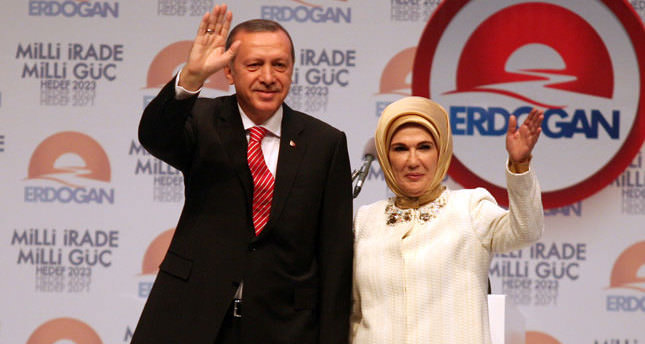 After his election victory, Presidentelect Erdoğan said the AK Party will announce its new leader, who will also be the next prime minister, after the Central Executive Board meeting

President-elect Recep Tayyip Erdoğan said on Thursday that his ruling Justice and Development Party (AK Party) would announce its new leader, who will also be the next prime minister, after the Central Executive Board (MYK) meeting on Thursday.

Erdoğan said that the MYK would decide on the person to replace him as party chairman and Turkey's next prime minister on Aug. 21. Speaking at the 13th Anniversary reception of the ruling AK Party on Thursday night, Erdoğan - who must relinquish the premiership after being elected president last Sunday - said: "We will gather the Central Executive Board next Thursday and discuss the nomination of the party chairman and the next prime minister among ourselves again. Then we will announce the common name determined by all boards of our party following the MYK meeting."

Furthermore, President-elect Erdoğan presented criteria for the upcoming prime minister at the farewell reception hosted by outgoing President Gül. As the first criterion, Erdoğan stated that the upcoming prime minister should never take a step backward in combatting the Gülen Movement and will never make concessions to the process. The second criterion determined by Erdoğan is to elect a prime minister that will pursue common sense and consultation, especially in times of crisis. The next criterion is to protect the AK Party's core principles, values and codes that have kept the party in power for the last 12 years. As the forth criterion, Erdoğan suggested that the prime minister should carry the AK Party movement into the future.

The last criterion Erdoğan stressed is that a prime minister should undertake both the AK Party chairmanship and the prime ministry at the same time and never be regarded as interim. Political circles in Ankara believe that Davutoğlu, who is serving his first term as AK Party deputy and is not blocked by the AK Party's internal three-consecutive-terms rule, fits all of these criteria, and his name will be announced next Thursday as Turkey's new prime minister.
Last Update: Aug 16, 2014 1:20 am