Turkey may switch to a presidential system in 2015, adopt a new constitution 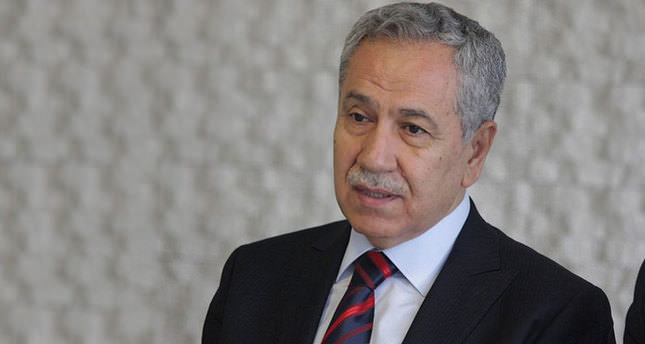 by Daily Sabah Aug 17, 2014 12:00 am
Turkey's Deputy Prime Minister Bülent Arınç announced that Turkey may switch to a presidential system after the 2015 election, on Saturday.

Speaking to Northern Iraq's Rudaw TV, Arınç pointed out that Turkey has already adopted a semi-presidential system, since Erdoğan has been elected with 52% of the public's votes.

Arınç also remarked that a new constitutional law may be introduced after the 2015 elections, if the government holds enough seats in the parliament to change the constitution by itself at that time.

Arınç made clear that it will not be possible for current President Abdullah Gül to become prime minister after his term of office ends, because Gül will need to become a member of the parliament, which is not possible before the 2015 election.