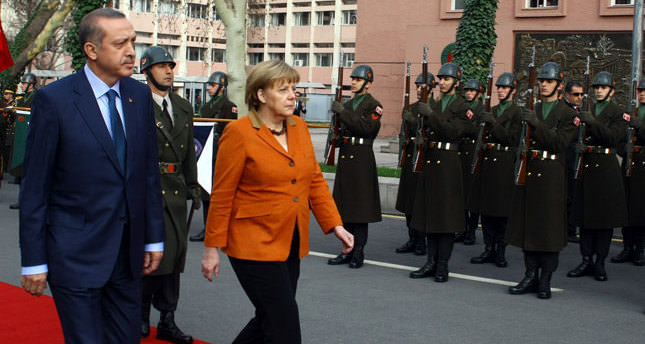 The German government is on the defensive over allegations that it spied on its NATO ally Turkey, which asked for a full explanation and said espionage of friendly countries was unacceptable

Turkey's Ministry of Foreign Affairs said on Monday a report in the German weekly Der Spiegel that Berlin had been eavesdropping on Ankara for years is "absolutely unacceptable" if true and called on the German government to issue a full explanation. Turkish Foreign Minister Ahmet Davutoglu said spying by Germany would be "unacceptable, inexcusable and would most certainly require an explanation." He said he would speak with German Foreign Minister Frank-Walter Steinmeier. "It is a must that the German authorities present an official and satisfactory explanation on the claims reported by the German media and end these activities immediately if the claims are true," the Turkish Foreign Ministry said in a statement. The ministry also emphasized that in an atmosphere that holds bilateral confidence and respect between friends and allies is not acceptable in any circumstances. "This appeal would harm the common struggle against global security and stability," said in the statement. According to the German weekly Der Spiegel, Berlin had identified Ankara as one of the most crucial targets of intelligence gathering since 2009.

The BND's (the German intelligence agency) secret work for five years also contains recordings of at least one telephone call made by U.S. Secretary of State John Kerry in 2013. Speaking to Turkish daily Sabah, a German intelligence official also confirmed that the BND has been spying on Turkey, but rejected to give further information regarding the activities. "We are not the competent authority to give further information regarding the espionage. The German government is the addressee of the issue," said the official.

About the claims of eavesdropping and intelligence activities, Eberhard Pohl, the German envoy in Ankara, was summoned to the Foreign Ministry by undersecretary Erdogan İşcan. Meanwhile, a German government spokeswoman asked by reporters whether Turkey was a friendly nation which should not, therefore, be the target of spying, she replied: "Germany cooperates closely with Turkey in many different areas."

Ozan Ceyhun, a former member of European Parliament from Germany, said that as Turks living in Germany, they are furious with this eavesdropping issue. "Carrying business with our taxes, the BDS's spying on our homeland and NATO member and ally state Turkey is unacceptable. This approach of Merkel's government is not acceptable and I believe that these developments will affect the next elections in terms of Turkish votes" he said.

Ceyhun also found Germany's attitude contradictory. "When it was revealed that the [U.S.] National Security Agency spied on [Chancellor Angela] Merkel, German authorities reacted harshly and even they wanted American intelligence authorities to leave the country, whereas in this case with Turkey, it is possible to see that they try to make up alibis and demonstrate it as a usual thing."

Chairman of the Turkish Citizens Council in Germany, Yaşar Bilgin said that Turkey's being spied on as a candidate for EU member state status and a member of NATO compromises a friend and strong ally. "Unfortunately, clashes between Turkey and Germany directly have an impact on us. If German authorities are not able to answer in a satisfying manner, Turkish-German relations will be influenced." Bilgin also said that he keeps his hopes up for a solution of this sprawling problem with a satisfying statement from Merkel's government.

According to İsmail Ermağan from Medeniyet University, this issue needs to be considered cautiously. "Der Spiegel audience is quite apparent, and Merkel's approach to Turkish government is also apparent. Frankly I don't believe that Germany is wiretapping Turkey, while they have been wiretapped by the U.S. I presume that Germany leaked this information to the press for manipulating a political agenda.

Lastly, there are ongoing undercover conflicts of interest between the Turkish and German states. Why did the press reveal this information now? I found this suspicious. Germany depicts Turkey as a difficult friend, on the one hand Turkey is a valuable member of the Muslim world, on the other hand Turkey has 3 million people in Germany, and [they] occupy an important place in the German economy. I urge you not to acknowledge what I am saying as a conspiracy theory, I guess one needs to perceive this as a sneaky reflection of the power struggle between the countries." he said.
Last Update: Aug 19, 2014 11:55 am
RELATED TOPICS