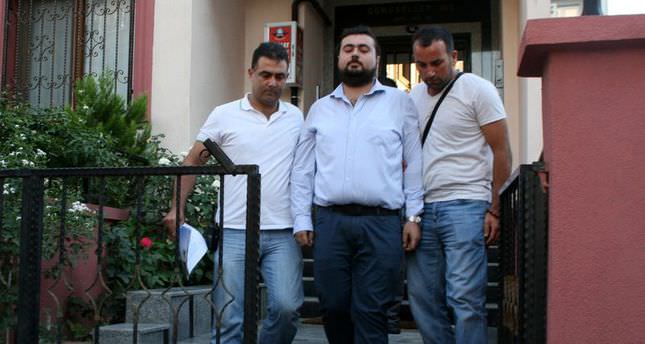 Detention warrants have been issued for 32 police officers linked to the Gülen Movement in an operation launched by the Izmir Police Department on Tuesday morning. Fethullah Gülen, the leader of the movement, is an imam living in rural Pennsylvania in self-imposed exile and is at odds with the Turkish government after a long period of working together. He supposedly wields great influence inside the Turkish police forces and the top judiciary. Only 25 of the suspects were taken into custody when police units raided various locations in 13 provinces across Turkey. The operation started with simultaneous early morning raids at various locations in Izmir and its surrounding districts.

The latest round was initiated by the chief public prosecutor's office in İzmir after they reportedly received 50 appeals from people claiming to have been wiretapped. In a curious development, an anonymous user on Twitter using the account @ Fuatavnifuat had leaked the plans for the raids on Tuesday evening. The Twitter user had previously leaked the second wave of the wiretapping operation, subsequently the account @Fuatavni was blocked by the authorities. However, he then opened the current account and continued revealing confidential information.

In previous waves of the wiretapping investigations, a total of 42 Gülenist officers were detained and remain in custody on illegal wiretapping and espionage claims and eight others were released pending trial. It is also now being reported that the government's fight will turn to Gülenists in the judiciary as well as prosecutors who ruled there was a "lack of grounds for legal action" in nine cases opened against Gülen.

These prosecutors are accused of avoiding a detailed investigation into cases against Gülen. The operation will also target Istanbul's specially authorized prosecutors Sadrettin Sarıkaya and Bilal Bayraktar who issued an arrest warrant for Hakan Fidan, the head of the National Intelligence Organization (MİT), accusing him of espionage and holding meetings with PKK leader Abdullah Öcalan and other PKK members.

Turkish government officials have continuously expressed their determination to continue to lawfully fight against the Gülen Movement whose followers are accused of infiltrating state institutions to gain control of state mechanisms and illegal wiretapping, forgery of official documents and spying.

The Gülen Movement operates in hundreds of locations around the world via charter schools and other activities. Their activities have been subject to government scrutiny in Azerbaijan, Russia, Germany, the U.S. and other countries. They are currently accused of infiltrating Turkish state institutions to establish "a state within the state" that would pay allegiance to Gülen. The movement denies these claims and has radically changed its political stance since the government proposed closing prep schools in Turkey, which are mostly operated by the movement. The Gülen Movement has been included in the Turkish National Security Council's (MGK) counter-terrorism's domestic and foreign security threat section in last week's MGK meeting.

Even though the movement is identified as the national threat for Turkey, it has not been added to the Turkey's "Red Book" that commonly includes the country's security policies yet. The Red Book is updated every five years in line with new developments. The latest edition of this document was updated in 2010. The Gülen Movement's accession to the Red Book is on the agenda of the MGK for the upcoming years.

During the announcement of his presidential vision document that contains the things he pledges to do if he takes the presidential seat after the Aug. 10 presidential election, Erdoğan denounced the Gülen Movement. He said, "If the Dec. 17 and 25 coup attempts were successful, we [key governmental figures] would now be standing trial. But we fight not for ourselves, but for the nation." In his speech, Erdoğan also dared the Gülen Movement, saying that he will never let organizations and movements exploit religion if he gets elected president.

In a TV broadcast on July 20, Erdoğan described more clearly that the Gülen Movement will be added to the Red Book by saying, "An organization that threatens our national security will, of course, take its place in the Red Book. The fight against this organization has become one of the priorities of the state."

The MGK, which convenes bi-monthly, has recently started to discuss the Gülen Movement as a matter of national security. "The meeting analyzed structures threatening law and order in the country and precautionary measures that should be taken to address them," the MGK said after their meeting in May.

Speaking at an expanded meeting of the AK Party's provincial chairs in Ankara last week, Erdoğan underlined that the struggle against the Gülen movement will stay within legal boundaries, and called on people to not be afraid of threats and blackmailing by Gülenists, whom he defines as a "national threat."

While he said that the Gülen Movement has a network based upon eavesdropping and montage tapes that threaten thousands of people, Erdoğan stressed out that the movement's real target is "not his family, [but] his colleagues and himself," and added, "That gang's purpose is our independence, our flag and our homeland." He also said, "Some might have sympathy towards this treason gang, but our holy nation instructed us to tackle this gang. I will sustain this tackle pertinaciously in person."

The Gülen Movement operates in hundreds of locations throughout the world via charter schools and other activities. Their activities have been subject to government scrutiny in Azerbaijan, Russia, Germany, the U.S. and other countries.

After 12 years in power, which has seen his government tame the influence of the once-powerful military, Erdoğan has declared a war against Gülen, accusing him of running a parallel state. Erdoğan also accused the movement of being behind a series of recordings posted on the Internet suggesting the prime minister and his family members were engaged in corruption.

The Scientific and Technological Research Council of Turkey issued a report on the recording, saying that the tape recordings posted on social media platforms allegedly belonging to the prime minister and his family, were fabricated by electronically cutting and pasting different syllables from different speeches under a single pool of voice recordings.
Last Update: Aug 20, 2014 1:36 am
RELATED TOPICS