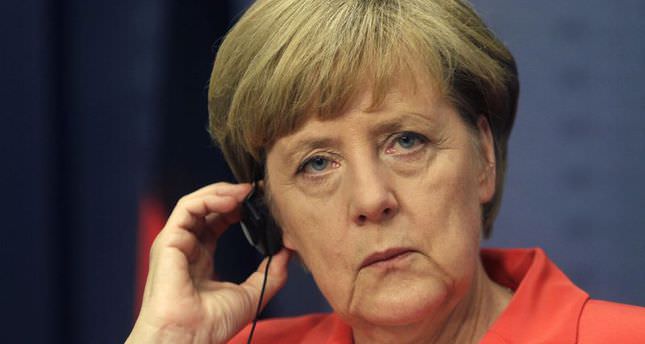 German Chancellor Angela Merkel has declined to comment on claims the German intelligence service has been spying on its NATO ally Turkey.

Speaking on a visit to Riga, Latvia, on Monday, Merkel said: "On the details of the work of the intelligence agencies in Germany, I make no public comments. Anything necessary will be discussed at the parliamentary control panel."

The panel oversees the activities of Germany's intelligence services.

German weekly Spiegel reported on Saturday that Germany's foreign intelligence agency the BND has been spying on Turkey since 2009.

German government sources did not deny the report while several leading politicians from the coalition government claimed that some elements in Turkish society and politics justified such as decision.

Frankfurter Allgemeine Zeitung reported the chairman of the German parliament's committee on internal affairs, Wolfgang Bosbach, as saying there were "good reasons" to spy on Turkey.

He cited the activities of the outlawed Kurdistan Workers' Party, Turkish political groups operating in Germany, drug trafficking and tensions on Turkey's border with Syria and Iraq, where German troops are stationed, as factors.

But the revelations have undermined the German reaction to revelations that the U.S. National Security Agency had tapped Merkel's mobile telephone, which led Berlin to seek a "no-spy" agreement with NATO and EU partners.

"Spying among friends not acceptable," Merkel said in October, criticizing the U.S. surveillance of Germany.

Asked on Monday about her previous denunciation of spying on allies and whether the claims over Turkey constituted a contradiction, Merkel said: "My remarks were made in a recognizable context. It was about the U.S.."

"Considering an allied country as a target of intelligence activities contradicts the essence of the alliance," he said.