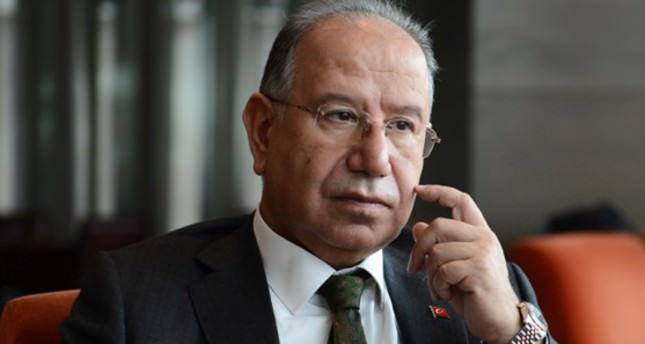 by Daily Sabah Aug 19, 2014 12:00 am
The Turkish Information and Communication Technologies Authority head Tayfun Acarer, along with his committee, is expected to hold a third meeting with Twitter officials on Aug. 25 in Ankara as part of efforts to reach a common ground after Turkey's temporary blocking of Twitter in March. Acarer is expected to convey the details of the talks to Turkish Minister of Transport, Maritime and Communication, Lütfi Elvan.

While Turkish authorities and Twitter officials will discuss various issues, including the blocking of offensive content on the social networking site, four points are on the agenda of the talks, including the progress of opening of a Twitter office in Turkey, and a possible research and development support from the government for opening the office. As opening a local office is expected to be the main item on the agenda, Turkish officials are planning to ask Twitter to apply the Turkish court's verdict regarding the blocking of offensive contents on the microblogging website. Turkish officials are expected to touch on the right of privacy during the meeting. It is also asserted that Turkish officials will offer research and development support for Twitter if they accept to open an office in Istanbul and grant a representative to the office.

After Turkey's temporary Twitter ban during the March 30 local elections due to the violation of personal rights, Twitter officials and telecommunications authorities held talks in Turkey on April 14 as a first step to build cooperation. In May, the two sides met in Dublin to discuss a new formulation for Twitter in Turkey. After the Dublin meeting, Turkish officials announced that Twitter would establish a "live customer hotline" in Turkish to handle Turkish citizens' complaints regarding violations of personal rights and solve the complaints without bringing anyone to trial as much as possible.

Turkey's issue with Twitter emerged after the government blocked the social media platform after several courts ruled to protect users against privacy violations prior to the March 30 elections. The ban was lifted by the Constitutional Court after Kerem Altıparmak, an assistant professor at the Political Science Department of Ankara University and Yaman Akdeniz from the Faculty of Law at Bilgi University filed an appeal to the Constitutional Court on March 24 arguing that the ban was against the fifth clause of the 49th Article of Law No. 6216 of the Constitution, against freedom of speech guaranteed by the Constitution and against the European Declaration of Human Rights. This appeal was followed by the Republican People's Party (CHP)'s deputy chairman Sezgin Tanrıkulu's individual appeal based on the fact that the ban violated the third clause of the first article of the European Declaration of Human Rights.
Last Update: Aug 19, 2014 1:48 am
RELATED TOPICS