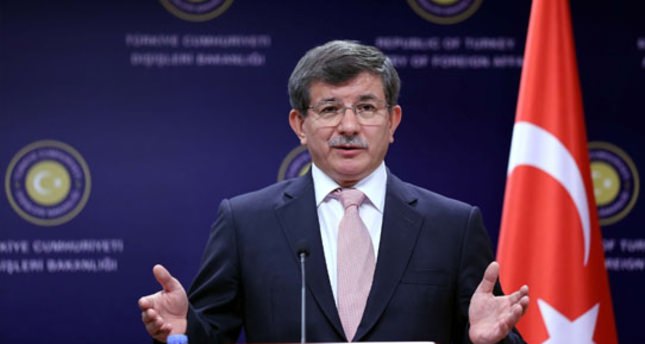 by Daily Sabah Aug 20, 2014 12:00 am
Commenting on reports of Germany's spying activities on Turkey, Foreign Minister Ahmet Davutoğlu said that he had a telephone conversation with his German counterpart on Monday to discuss the spying scandal by its NATO ally and added that "no country can see Turkey as its target in their spying activities."

Speaking to a crowd during his visit to Gümüşhane province on Tuesday, FM Davutoğlu thanked citizens of the country for their strong support of President-elect Recep Tayyip Erdoğan on the August 10. presidential election.

Davutoğlu said he held a telephone conversation that was scheduled previously to discuss the ongoing crisis in neighboring Iraq. However, the subject of the conversation changed to spying reports after German media reported over the weekend that the German Federal Intelligence Service (BND) had monitored the activities of Turkish politicians since 2009. During the telephone conversation, German Foreign Minister Frank-Walter Steinmeier said his government is investigating the reports of BND's spying on Turkey. "I have explained our concerns to my German counterpart. We are expecting a detailed satisfying explanation. We'll analyze the situation after their explanation," Davutoğlu said.

Speaking during a visit to Riga, Latvia on Monday, German Chancellor Angela Merkel said, "On the details of the work of the intelligence agencies in Germany, I make no public comments. Anything necessary will be discussed at the parliamentary control panel."