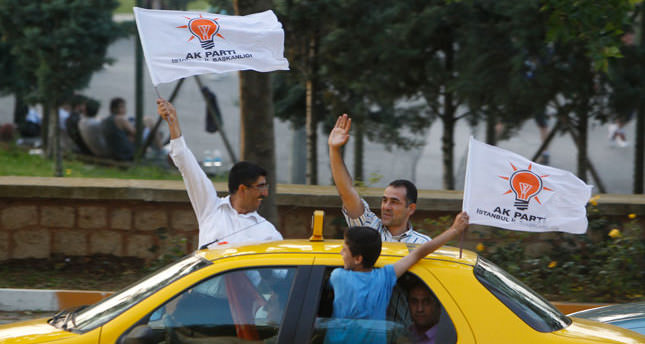 by Daily Sabah Aug 20, 2014 12:00 am
Following the first-ever direct presidential election on Aug. 10, eyes turned to the national election that will be held in 2015. A research institution, Andy-Ar, conducted the first survey regarding the upcoming election contacting nearly 2,000 citizens in 31 cities.

In the 2011 national elections, the AK Party garnered 49.9 percent of the vote while the CHP received 25.9 percent and the MHP received 12.9 percent. Among all of the surveys conducted ahead of the presidential election, Andy-Ar is the polling company that had the closest prediction to the election result.

According to Andy-Ar's prediction, Erdoğan was anticipated to get 53 percent and be elected president in the first round, while İhsanoğlu and Demirtaş were predicted to receive 37.9 percent and 9.1 percent respectively.