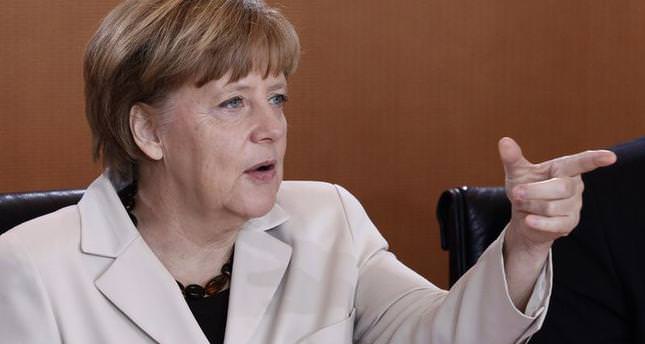 by Fatih Şemsettin Işık Aug 21, 2014 12:00 am
While Turkey is still waiting for a satisfactory explanation from its NATO ally Germany for its spying activities that targeted Turkey for the past five years, the majority of the German media is reporting that the spying activities are "legitimate" rather than focusing on how the activities of the Federal Intelligence Service (BND) could harm bilateral ties between the two countries. Foreign Minister Ahmet Davutoğlu stated that he had a telephone conversation with his German counterpart on Monday to discuss the spying scandal and added, "No country can see Turkey as its target in their spying activities."

After the statement, the heads of the German and Turkish intelligence services agreed to meet soon to discuss the allegations, according to diplomatic sources.

About the spying case, German newspapers emphasized the legitimacy of the BND's spying activities. The Stuttgarter Zeitung newspaper wrote that there are reasons for eavesdropping on Turkey due to security concerns for German soldiers deployed on the Syria and Iraq borders of the country and movements of extremists through these borders. In Nordwest-Zeitung, it was written that Turkey's foreign policy in the Middle East pushes Germany to gather information on the issues. Mittelbayerische Zeitung said that this is not surprising since the BND had done its job, although intelligence information being revealed is unpleasant. German experts have the same opinion as what it is being said in newspapers.

Henning Riecke, head of the transatlantic relations program at the German Council on Foreign Relations, a think tank, said: "In Turkey, there are movements that could be of interest [to intelligence agencies] in relation to political Islam. I'd find it legitimate if there was espionage in Turkey." As a matter of fact, Turkish journalists in Germany who are following the latest developments closely, point out the contradictory attitude of the German public. In the European edition of Turkish daily Hürriyet, columnist Ahmet Külahçı said that Turkey is the victim of a double standard by Germany, as some politicians have said in the German media. "Unnamed sources who are close to the government admitted that Turkey cannot be compared to the U.S. or European countries such as Italy, France and Britain in terms of the NATO alliance," said Külahçı, and added that those sources meant Turkey is an ally but a second-class country for Germany.

Turkish daily Sabah's European edition Chief Editor Miktat Karaalioğlu said that Germans try to make people forget the spying issue by disregarding its place in the news. "Prior thing for the German side is Turks being not amplified in the case since there is no point to defend in terms of morality, and it is possible to cause a political crisis in the country theoretically," he said, indicating that they are trying to legitimize the issue in the eyes of the German public. Karaalioğlu also said this decision was a concern for the Prime Ministry, the Ministry of Economy, the Ministry of Interior Affairs, the Ministry of Foreign Affairs and the Ministry of National Security.

"Taking a course of action in regard to spying on a country under the initiation of four ministries, demonstrates that Turkey is not seen as an ally according to Germany. Namely, excuses about security threats and so forth are invalid," he said. He added that Turkish-German relations might experience harder days in light of these last developments.
Last Update: Aug 21, 2014 10:13 am
RELATED TOPICS