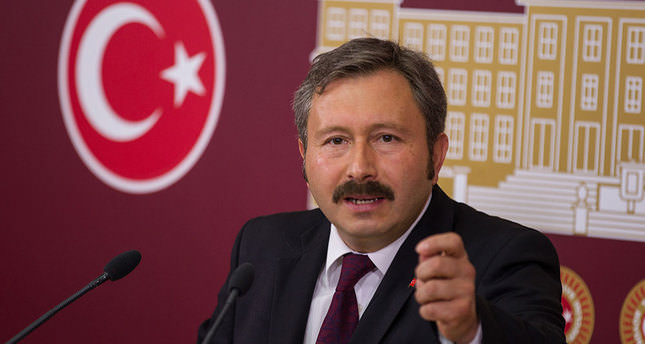 by Mehmet Solmaz Aug 21, 2014 12:00 am
Former Justice and Development Party (AK Party) Deputy İdris Bal, who quit his party and is now independent, met with several NGOs four months before the Gülen Movement - with which he has close ties - instigated a coup attempt on Dec. 17, to gather support and prophesied that President-elect Recep Tayyip Erdoğan would "go one way or another" and that he would be assassinated, according to a report by Star daily.

Bal, known for his close ties to the Gülen Movement, led by U.S.-based imam Fethullah Gülen, met with several NGOs and discussed the possible scenarios for the AK Party after Erdoğan and spoke about a possible assassination of Erdoğan by international actors months before the Dec. 17 operation which were allegedly carried out by Gülenist judiciary and police officials to topple the government.

According to a media report, Bal, who resigned from the AK Party just after the Dec. 17 operation, met with the head of the Ensar Foundation's Çorum province branch, Halil İbrahim Aşgın and sought alliance against Erdoğan four months ahead of the operation. The daily said Aşgın allegedly said that deputy Bal also spoke about a possible assassination of Erdoğan by "international actors who do not want Erdoğan to command Turkey, if he does not step aside, he will be assassinated. We need to prepare for a post-Erdoğan era, let's work together."

Speaking to Daily Sabah on Wednesday, Aşgın said he had not spoken directly to the Star daily but he had given testimony to "state authorities" regarding his meeting with Bal. When asked about the authenticity of the information reported by the daily, Aşgın implied that the content of the news was all correct, "It seems like the paper [Star] somehow reached my testimony."

The report by the Star daily said that along with several other NGO representatives, Aşgın was invited by Bal for a meeting in the capital Ankara.
Aşgın allegedly claimed that Bal spoke to one prominent member of a conservative NGO: "There are some international powers that definitely will remove Erdoğan from office. There will be political turmoil in Turkey and pressure on the prime minister to leave his office will increase toward the end of 2013. As a result of this pressure he definitely will resign from the prime ministry and if he will not resign from his post [he] may be assassinated by international powers."

When asked about the Star's report, Bal's assistant told Daily Sabah that the allegations against him are not true. "Mr. Bal had a meeting with the NGO but only repeated what he was saying publicly. The claim over Erdoğan's assassination by foreign powers is a complete lie," he said. Later in the day, Bal held a press conference in Parliament where he tore apart the Wednesday edition of the Star daily and said he does not know Aşgın.

Ali Ünal contributed to this report