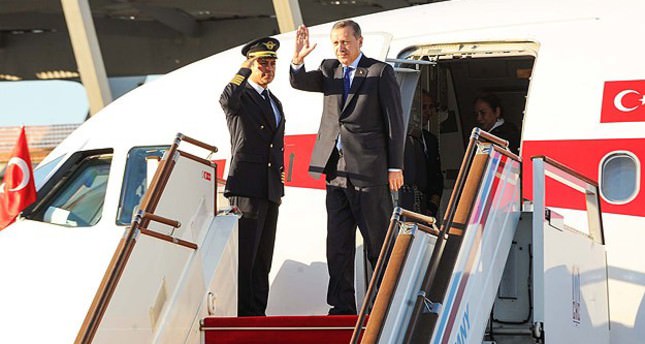 by AA Aug 22, 2014 12:00 am
Turkish Prime Minister and President-elect Recep Tayyip Erdoğan will pay his first official trips abroad to the Turkish Republic of Northern Cyprus and Azerbaijan in early September, the Prime Minister's Office announced on Friday.

Earlier in August, Erdoğan was elected to a five-year term as president in the country's first direct presidential poll.

Erdoğan will visit Cyprus on September 1 and Azerbaijan on the third, his current office said.

After the first visits, he will attend the NATO summit in Wales on September 4-5 and the United Nations General Assembly in New York on September 21-26.

On Thursday, Erdoğan announced that Foreign Minister Ahmet Davutogğu was to replace him as prime minister and chairman of the ruling AK Party.