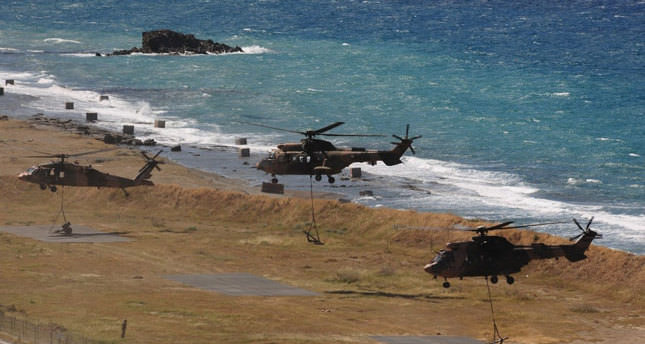 by Daily Sabah Aug 22, 2014 12:00 am
Groundbreaking reports prepared by the Defense Reforms Working Group established under the instructions of President Abdullah Gül have recently been released on the Presidency's website. As the first of its kind, they were prepared in partnership with civilian and military experts in the field to address the shortcomings of Turkey's defense system and armed forces.

Consisting of a total of eight chapters spread over 220 pages, the reports analyze various topics in detail, including "Military Transformation Following the Cold War," "Global and Regional Transformation," "Changing Security Environment in Turkey," "General Predictions About the next 20 Years," "Transformation in Security and Defense Sectors," "New Wars," "Post-Cold War Era Global Defense Reforms" and "Modernization Process of the Turkish Armed Forces (TSK) in the Post-Cold War Era." The ultimate goal of the group is said to ensure that the TSK is stronger, more effective and is able to adapt to changes in the era while keeping an objective and apolitical stance not shaped by different ideological views. In the preface, President Gül underlined the fact that the TSK has outstanding opportunities and talents thanks to the strong economy. He also praised the armed forces for their discipline, deterrence power, nationalized arms systems and equipment. He said that there have been a series of structural issues blocking the way for the TSK to conduct its operations in a more effective, strong and productive manner.

Gül explained that serious reforms have been made throughout the world to ensure that the military functions in the most effective manner possible, but this has not been the case in Turkey. Gül also emphasized the fact that it is necessary to pay special attention to a number of principles in defense reforms and pointed out that it is a comprehensive process, while he noted a significant amount of time is needed to resolve issues like a lack of civilian capacity. He suggested that a realistic, determined and patient stance is crucial to complete the process and indicated that the success of the reforms highly depend on their acceptance by the political authority, armed forces and society.
Last Update: Aug 22, 2014 11:07 pm
RELATED TOPICS