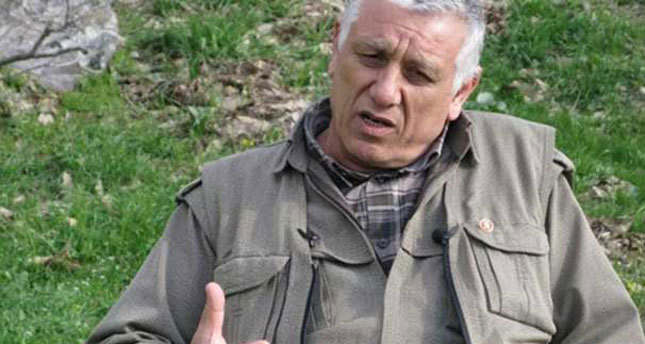 by Daily Sabah Aug 25, 2014 12:00 am
Experts claim that PKK senior Cemil Bayık's positive response to Deputy Prime Minister Beşir Atalay's demands of direct talks proves there is no issue of trust between the parties despite recent sabotage attempts. Atalay, who is in charge of coordinating reconciliation, recently said that they are ready to communicate directly with the PKK on Mount Qandil, if necessary.

A delegation from the People's Democracy Party (HDP) visited jailed PKK leader Abdullah Ocalan at the island of İmralı last week, shortly after the Turkish Intelligence Chief Hakan Fidan visited the PKK leader. After the completion of talks with Ocalan, the government announced that a roadmap for the reconciliation process will be completed by September.

Despite these steps taken in the reconciliation process, a violent riot took place in Diyarbakır last week after the removal of the statue of a late PKK commander who organized the first major terrorist attack against Turkish Security Forces in the 80s. Bayık, who is among the PKK's top leadership, responded positively to direct peace talks with Qandil which looks to have eased the tension in the region. Bayık, in an interview with Ruşen Cakır, Vatan newspaper journalist, said, " We are open to any kind of talks, any negotiation, whether with the press, committees or international institutions" in response to Atalay's comment on direct peace talks with Qandil.

In Tuesday's riots, a protester named Mehdi Taşkın was killed when Turkish troops, who were removing the illegally built statue, exchanged fire with PKK militants among a crowd of protesters rallying against the demolition in the Lice district of Diyarbakır. This escalated the tension and thousands of people marched to protest Taşkın's killing. The timing of the building of Taşkın's statue in Lice and the ensuing riot in the region, is being blamed as deliberate sabotage of the process.
Last Update: Aug 25, 2014 2:53 pm
RELATED TOPICS