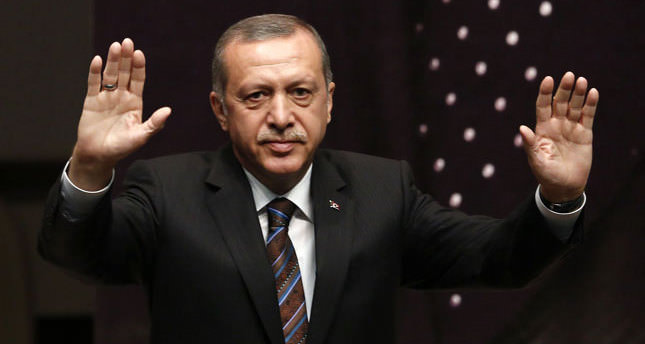 by Daily Sabah Aug 27, 2014 12:00 am
Reports say that President-elect Recep Tayyip Erdoğan will not attend the ceremony of the judicial year after Turkey's Supreme Court of Appeals board voted Monday in favor of Turkish Bar Association head Metin Feyzioğlu, who is at odds with Erdoğan, holding a speech at the ceremony on Sept. 1. After he was elected as president, Erdoğan earlier said he would not attend if Feyzioğlu addressed the gathering.

Holding a meeting with Erdoğan, head of the Supreme Court of Appeals, Ali Alkan, said Monday the presidentelect would "probably not attend" because of his previous statements. "I have seen how insistent our president is in his statements to the press," Alkan said. "This is a decision that we have made, and its assessment belongs with the public."

At the 146th anniversary of the Council of State held in May, Feyzioğlu gave a near-one-hour politically motivated speech criticizing the government on numerous issues, including the Twitter ban, the most recent Labor Day's protests, Dec. 17 operation that were orchestrated by the Gülen Movement in order to overthrow the government.

Feyzioğlu stated that there will be no justice in courts when politics is involved during his politically-motivated speech that went way beyond the allotted time of 25 minutes.

Following Feyzioğlu's speech, Erdoğan stormed out of the ceremony by saying "You have been speaking for more than an hour. You are misbehaving, and your statements are false." Until recently, Feyzioğlu has been among the possible Republican People's party (CHP) chair candidates ahead of the extraordinary party congress on Sept. 5-6, yet he dismissed these allegations.
Last Update: Aug 27, 2014 1:40 am
RELATED TOPICS