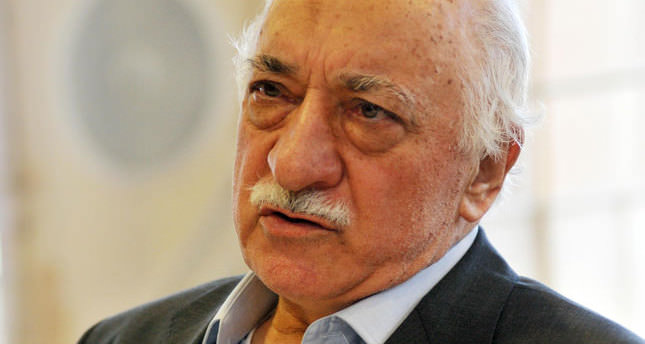 by Daily Sabah Aug 27, 2014 12:00 am
The Supreme Council of Prosecutors and Judges (HSYK) has decided on Tuesday to investigate the accusations against Prosecutor İrfan Fidan and Judge İslam Çiçek, both of whom are looking into the case that investigates illegal wiretapping by alleged police officers linked with the Gülen Movement, led by U.S.-based, controversial imam Fethullah Gülen.

As part of a probe investigated by Fidan, a total of 49 officers were detained for claims that they carried out illegal wiretapping activities for espionage purposes.

Later, Judge Çiçek ruled for the imprisonment of 11 of the suspects and released the remaining 38. The HSYK is also expected to evaluate Prosecutor Zekeriya Öz's case next week. Öz is accused for losing his objectivity as a prosecutor when he tweeted adverse thoughts about President-elect Recep Tayyip Erdoğan.

Justice Minister Bekir Bozdağ has recently blasted Öz for threatening Erdoğan with an allusion to death and has called on the HSYK to act against the prosecutor who lost his independence and impartiality. Öz wrote on his Twitter account without citing Erdoğan's name: "No one should desire dictatorship after the last century. His end will be like Saddam and Gaddafi. No matter who adopts lawlessness pays the price." "Would you believe the independence and impartiality of a public prosecutor who threatened the country's prime minister to death without citing his name?
Would you believe that this person can be someone who believes in the rule of law?"

Minister Bozdağ asked at an iftar dinner organized by the Change and Law and Society in Ankara. Zekeriya Öz, is a prosecutor affiliated with the Gülen Movement, who led three investigations on the Dec. 17 operation. The government described the operation as a "dirty plot" against the state, schemed by a "parallel" group of bureaucrats that it said were nestled within the country's key institutions including the judiciary and the police, targeting Turkey's stability and development.
Last Update: Aug 27, 2014 1:44 am
RELATED TOPICS