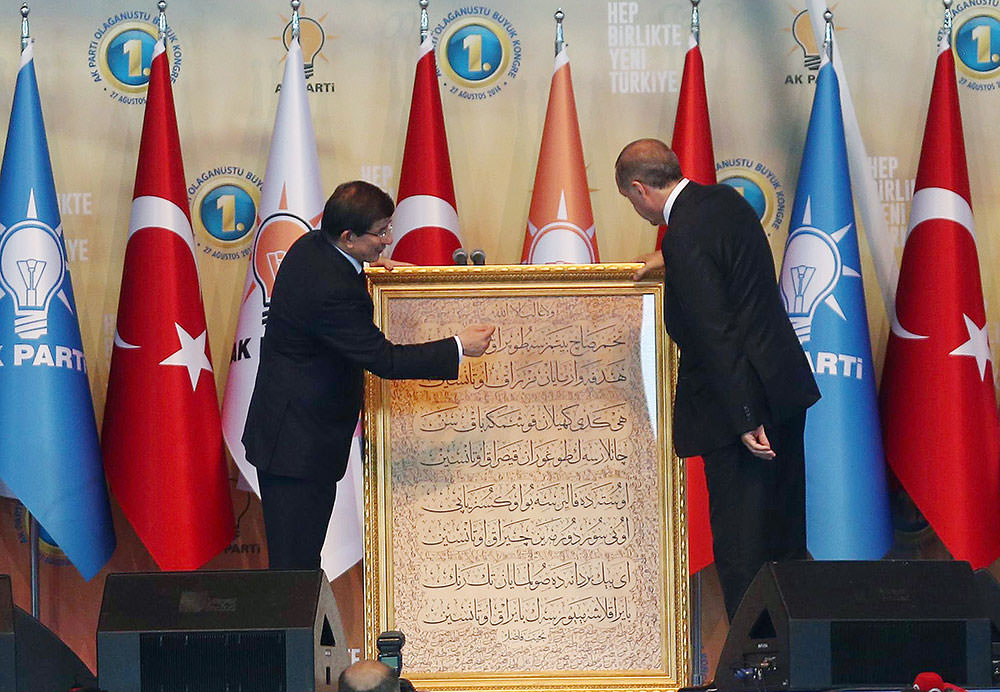 Davutoğlu gifted Erdoğan with a calligraphy tableau with a poem written on it by famous poet Necip Fazil Kisakürek, which he had especially made by renowned calligrapher Mustafa Cemil Efe.

Davutoğlu will be entrusted to form his new government on Thursday night by Erdoğan, after he officially becomes president.